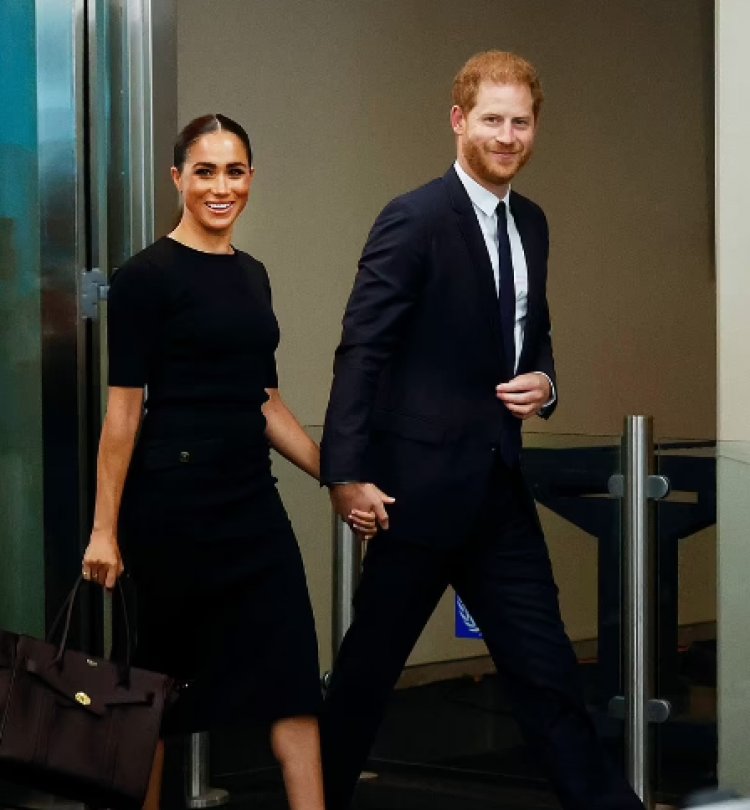 Meghan Markle will speak to young leaders about gender equality today, September 5, in the UK.

This is the Duchess of Sussex's first speech since stepping down as a working royal.

As Prince Harry's legal battle with the Home Office over security rumbles on, Harry and Meghan Markle have been forced to use a private security team to protect them in Manchester as they begin their European tour today, September 5.

It is the Sussexes' first public appearance in the UK since returning for the Queen's Platinum Jubilee.

Harry and Meghan are going to Manchester on Monday, September 5, for the opening of the One Young World summit, an event which brings together young leaders from more than 190 countries.

Though Harry and Meghan spent the night in Windsor after arriving in the UK, they are not expected to meet with Prince William and his family who live close.

Harry and Meghan also declined an "open invitation" to stay with Prince Charles at his Scottish holiday house on the Balmoral estate.

The Prince of Wales told the couple they were "always welcome" at his home ahead of their trip to the UK, palace sources confirmed.