Some men who play active roles in caring for their children have taken to Twitter to complain about society’s perception of their roles and how people seem to think it’s unusual for them to be doing ‘mommy’s’ work.

A father, Damilola Praiseworth began by  sharing how a nurse in the hospital saw him changing his son’s diapers and looked at him with disdain while asking,  ‘why is daddy doing mommy’s job? Please give the baby back to his mother.’

He went on to narrate other experiences, adding that when they see him doing things for his child, they assume his wife is incompetent.

He condemned this perception and said men should be as much involved in the care of their children as women and such men shouldn’t be praised like they are doing anything exceptional.

He wrote: ‘It’s sad to see that our society has given silly excuses for men not to be involved or responsible & instead focus on training women on how to cope with irresponsible men like there’s no other way. And when they see a man who is loving & involved, he is perceived as a weakling.

‘While there are irresponsible men, I have seen more sincere young men who want to do better & be more responsible but don’t know how to start because at the slightest try, they get push back from society with statements like “Don’t you know you are a man? Why are you doing this?”‘

His thread led other involved fathers to share their experiences. 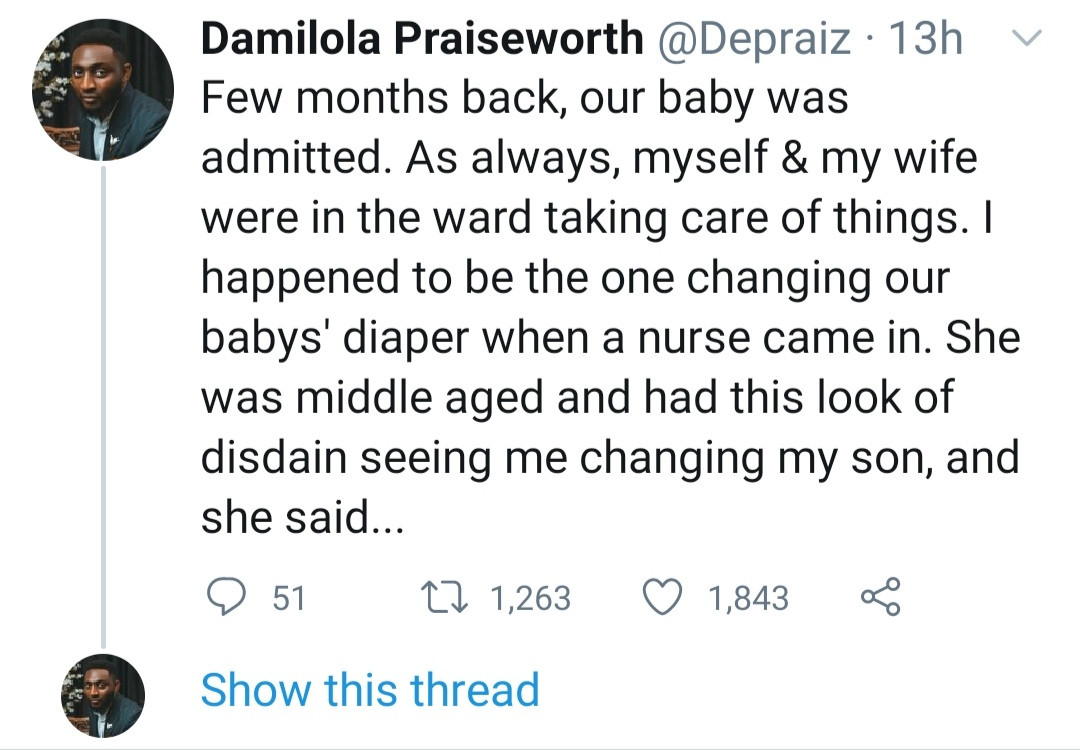 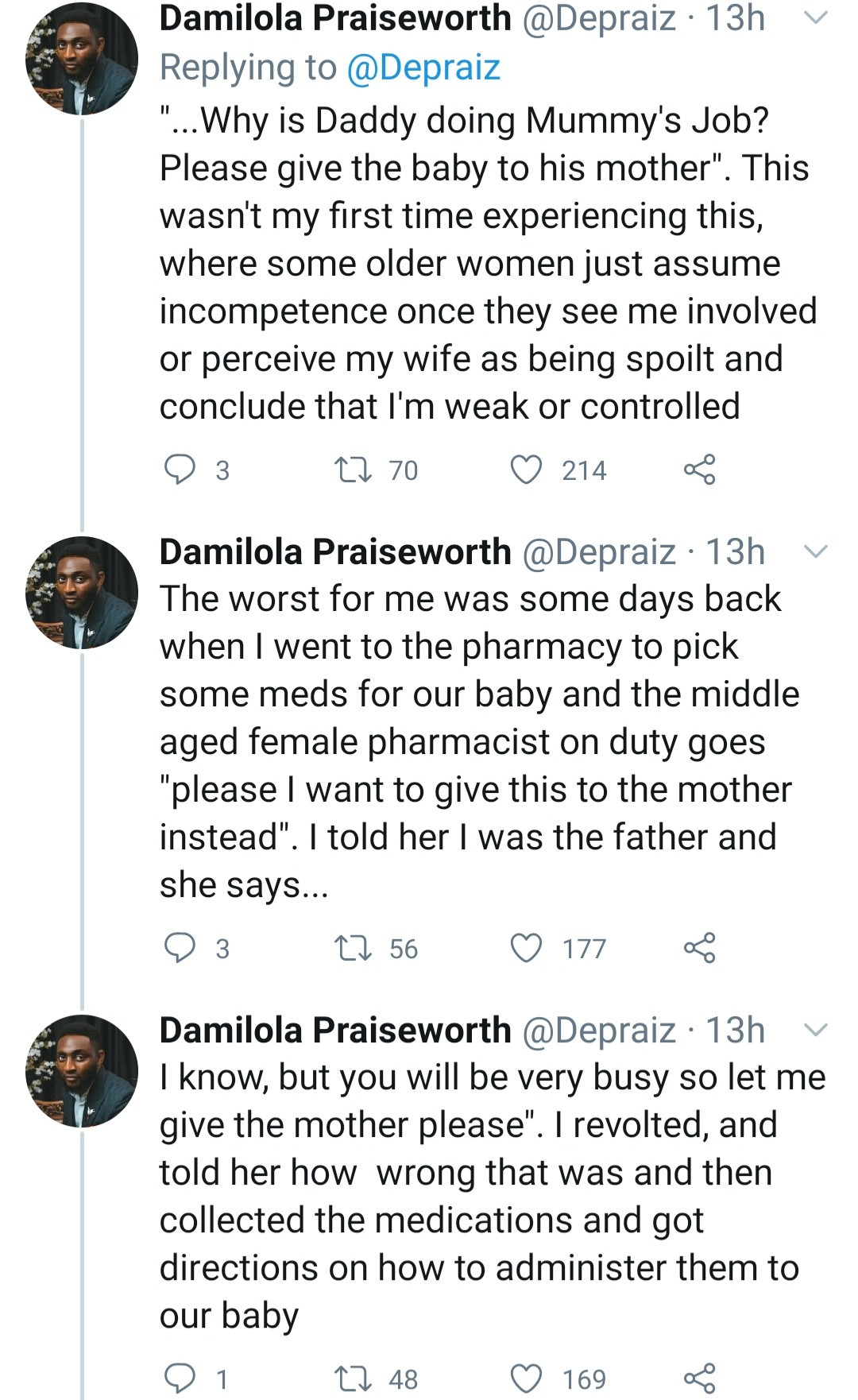 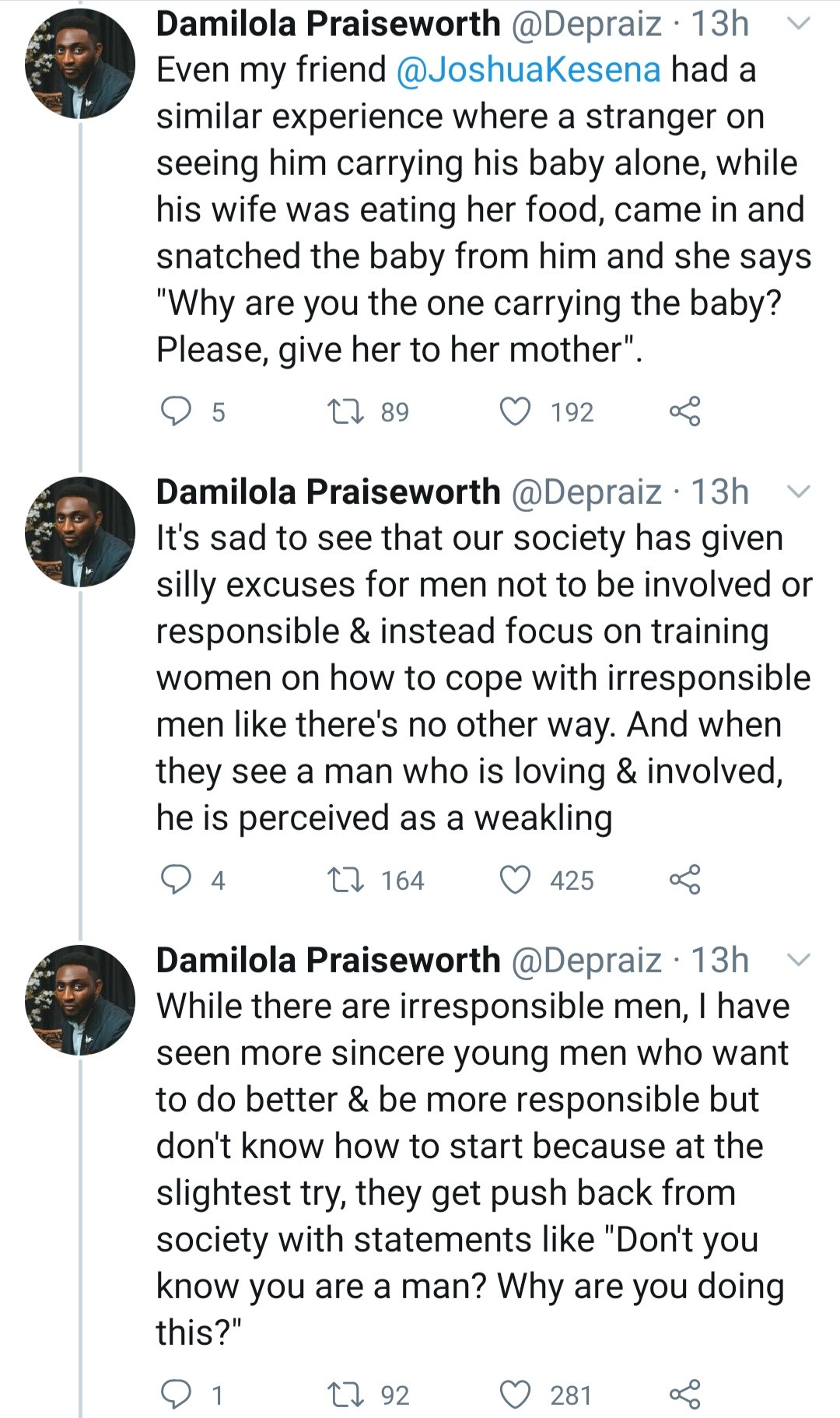 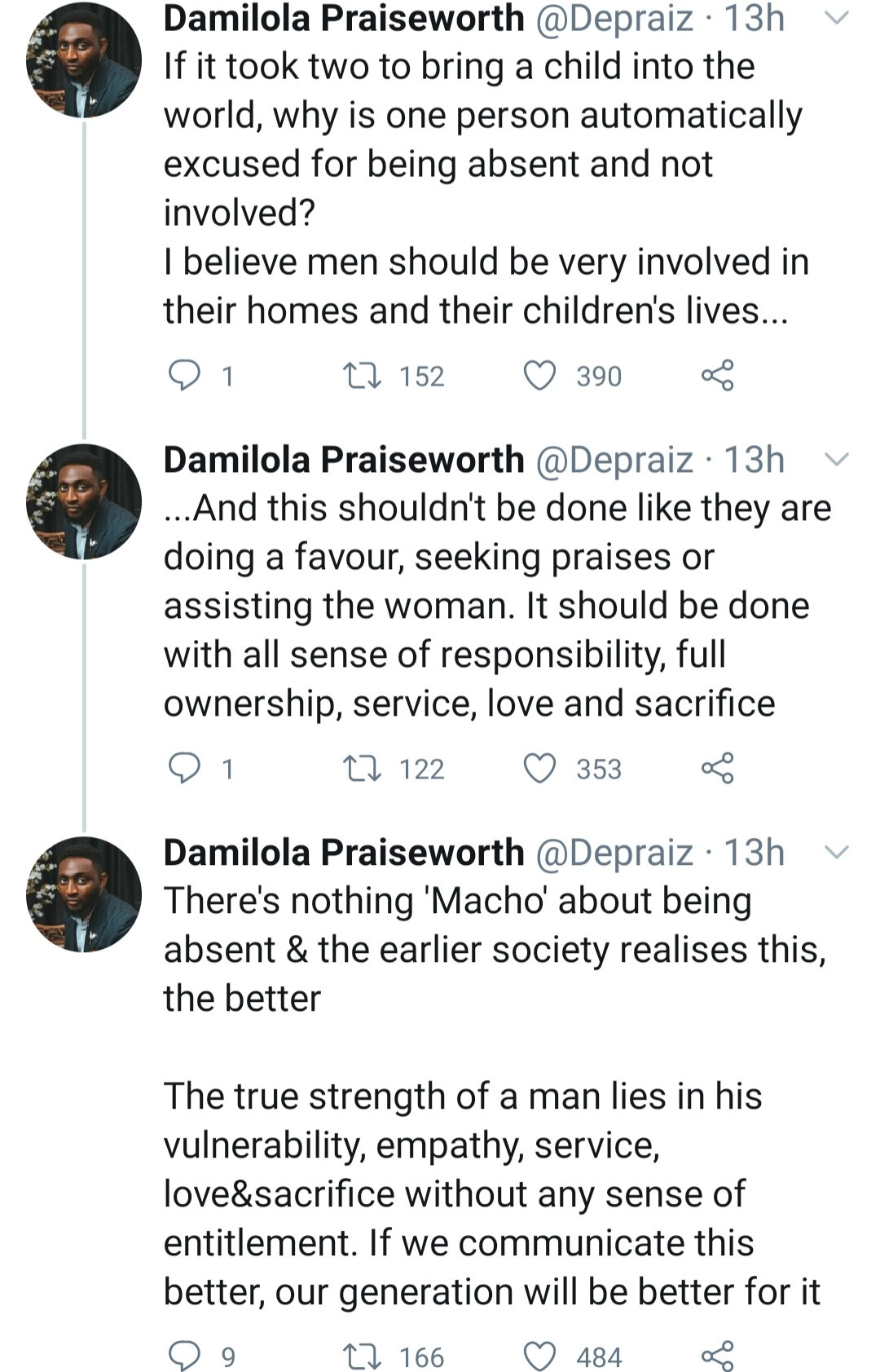 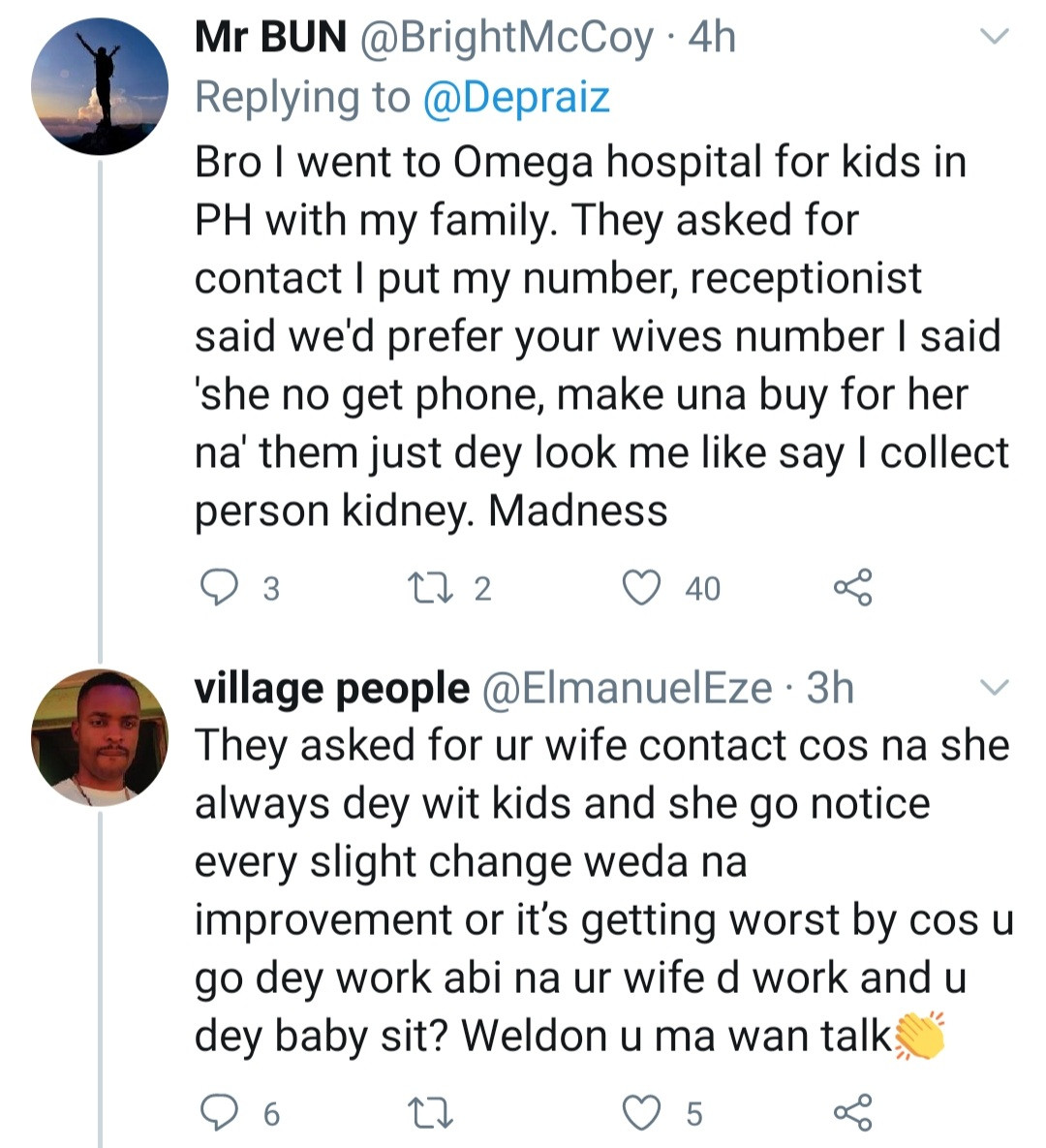 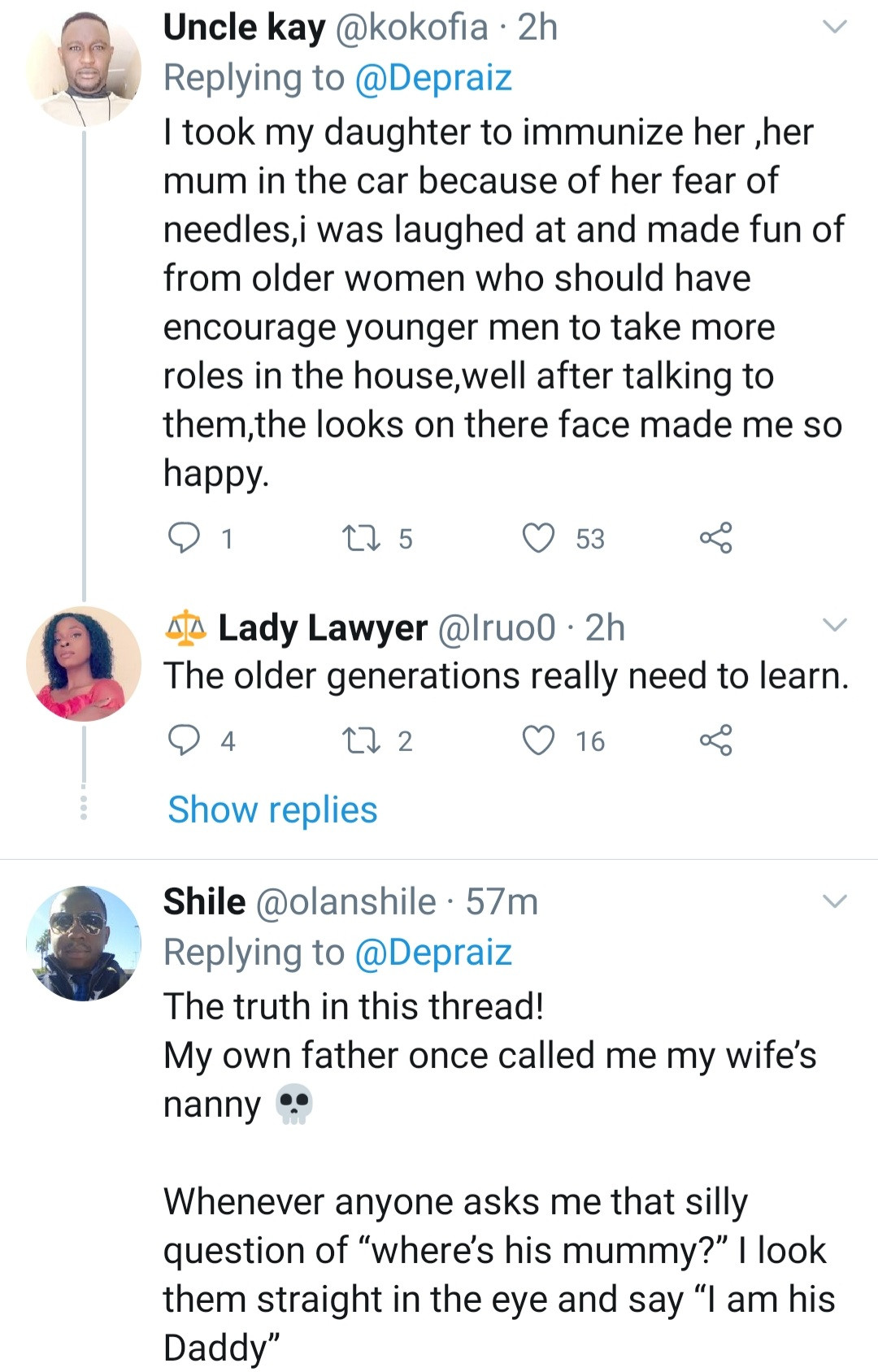