A Russian model was yesterday detained for two months after allegations she offered sex to two policemen in return for not prosecuting her for driving without a license.

Kira Mayer, 24, was driving her Mercedes in Moscow when two police officers stopped her during a ban for a previous offence.

She exploded in rage and attacked the officers, “causing physical injury” to them. After her violent attack, the Instagram star offered them sex “solo or duet” in an attempt to avoid charges, say sources cited by Komsomolskaya Pravda. But the policemen declined her offer and detained her, say reports. 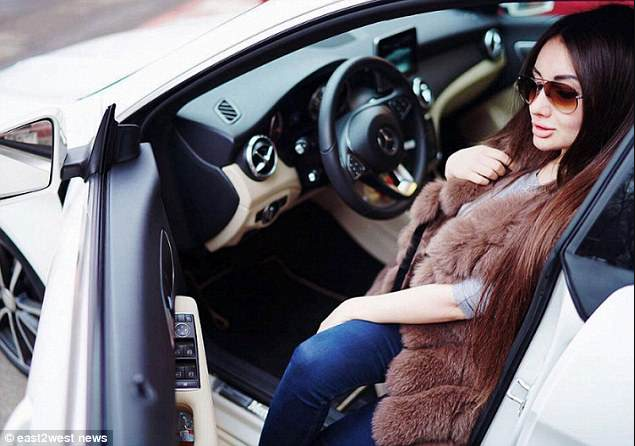 According to reports, the policemen stopped Kira because she had been banned from driving in November last year for 15 months after “leaving the scene of an accident”.

“The traffic policemen informed her that she could not drive her car any longer and it was a trigger for Kira,” stated the Mash report.

“She began to shout, she tried to grab her documents from the road policemen. She scratched them, kicked them, swore at them even tried to drive away. Of course she failed to do so.”

A later report by Mash stated that the model then “offered the traffic policemen sex – one by one or together – when she was caught driving without a licence. The policemen refused and finally detained the woman.” 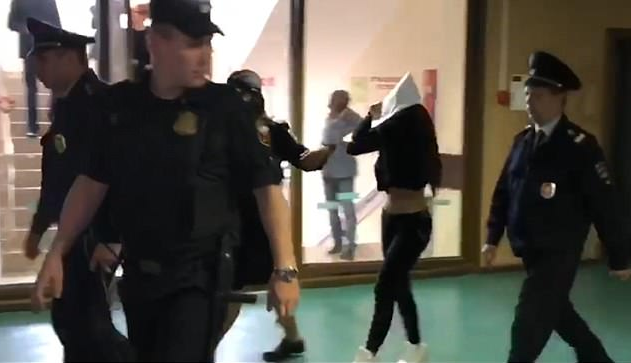 Photograph shows Kira in court as she shielded her face before a custody hearing which went ahead behind closed doors because “intimate details” were involved. She was also seen covering her face as she was being led away to begin her two months jail sentence. 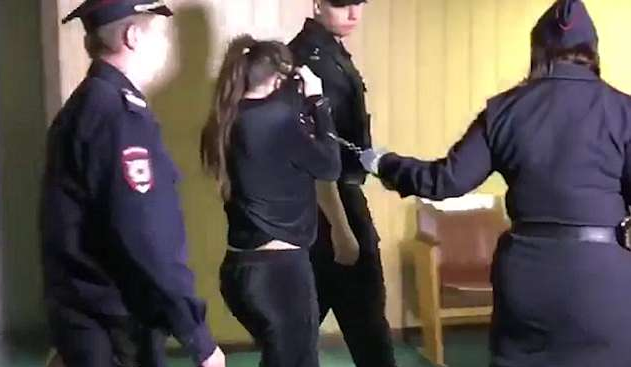