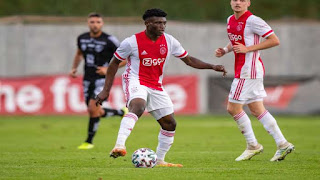 Ghana international midfielder Mohammed Kudus is set for a long time in the treatment room after suffering an injury while in Champions League action for Ajax Amsterdam against Liverpool on Wednesday, the Dutch giants have announced.

On his debut in the elite European inter-club competition, the 20-year-old sustained an early injury after challenging Liverpool’s Fabinho for the ball.

He tried to run off the injury but was visibly limping, unsurprisingly going down on the pitch moments later for treatment from the medics.