Moment Russian Olympic ice hockey star is forcibly enlisted in Putin's army and dragged off to fight in Ukraine days after signing $1.1m NHL deal in US 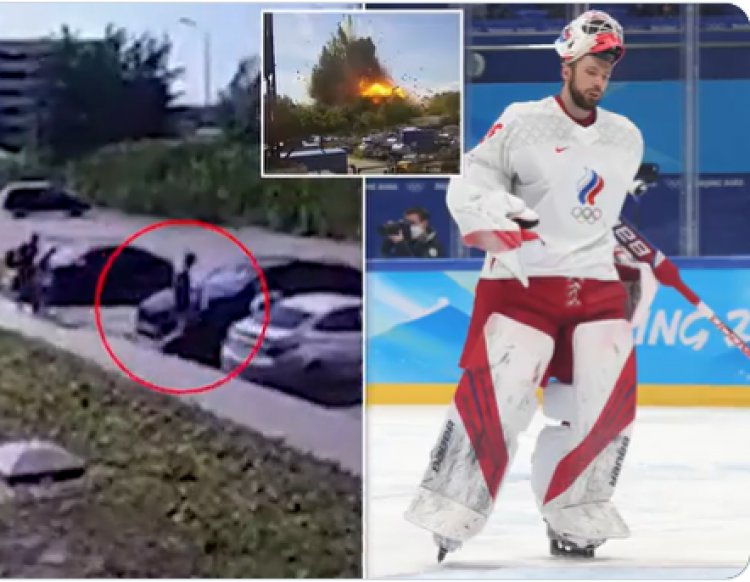 Videos have emerged of the moment a Russian ice hockey star who signed a million-dollar contract with an American team was rounded up by Russian policemen and taken to an army enlistment office before he is sent to fight in the war in Ukraine.

According to Mail Online, Olympian Ivan Fedotov, 25, was reportedly rushed into Putin's army after he was filmed being detained by a squad of officers outside an ice rink in St Petersburg on Friday, July 1.

The goalkeeper of the Russian hockey national team was taken away in an ambulance just as he left training at the arena.

It was gathered that  Fedotov decided to sign to play for the NHL team the Philadelphia Flyers in order to escape being drafted to fight for his country. 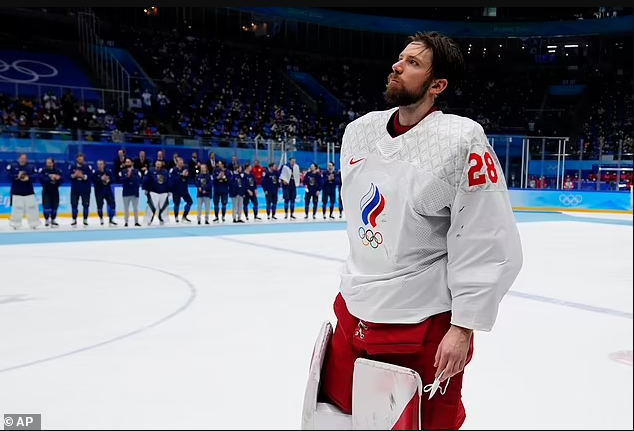 Fedotov was formerly with CSKA, a club in the capital with close ties to the Russian military. Its name translates to Central Sports Club of the Army.

News outlet Fontanka reported that he can now be sent to the Russian army rather than the US - but he could also be jailed for alleged draft dodging.

'He has just been detained "for evading the army",' reported Russian journalist Dmitry Navosha.

Fedotov - who is 6ft 7 and one of the Russian and Chinese KHL league's best players - 'did not realise that [the USSR] is back', he added.