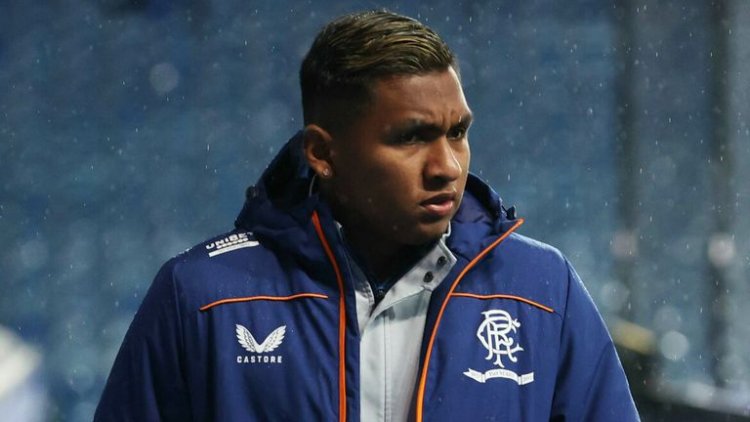 Rangers striker Alfredo Morelos has been ruled out of Sunday's Old Firm match against Celtic after injuring his thigh on international duty.

Manager Giovanni van Bronckhorst confirmed the 25-year-old will miss the game at Ibrox after travelling to see a specialist in London.

He suffered the injury while on international duty with Colombia and was unable to take part in his country's 3-0 World Cup qualifying win against Bolivia.

"Alfredo unfortunately had a new injury while on duty with Colombia so he won't be available for this Sunday," the manager told Sky Sports News.

"I think we will lose him for a longer time. We will assess him in the next few days but he's out for Sunday.

We won't have him back in the next couple of weeks."

It means the 25-year-old, who has scored 12 goals in 26 league appearances this season, is also likely to miss Rangers' Europa League quarter-final first leg away to Braga and their Scottish Cup semi-final against Celtic at Hampden Park.