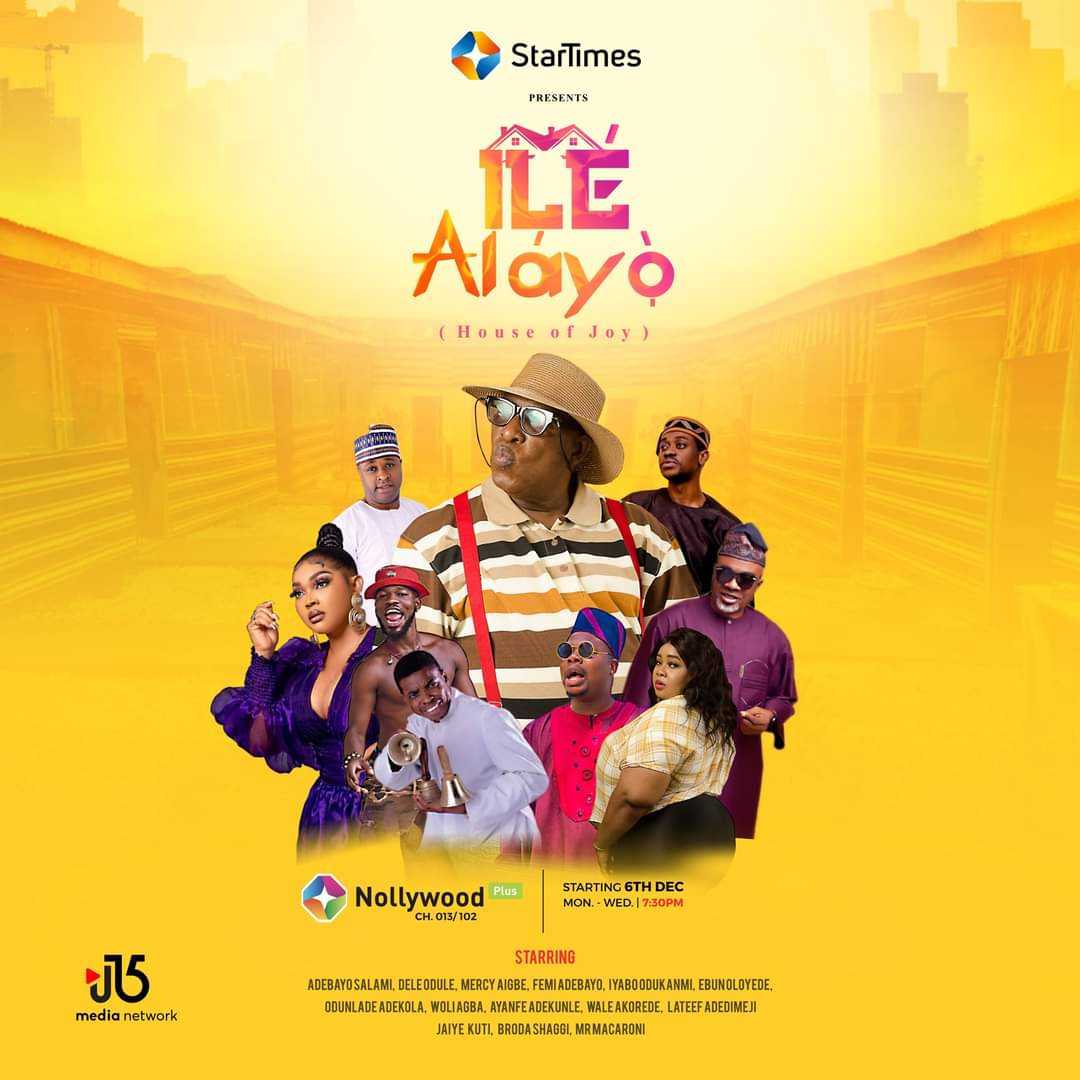 Trailer of Ile-Alayo was released on Sunday, and created buzz on social media of prominent actors and comedians, and registered wide acclaim among movie fans.

Ile Alayo is a comedy series adapted from a comedy movie of the same title.

Produced by Pay-TV provider, StarTimes, in conjunction with Nollywood actor, Femi Adebayo, the series will start airing from December 6 on ST Nollywood Plus channel.

According to Adebayo, the series will borrow heavily from the original storyline of the movie, stressing that it will centre on humourous characters with conflicting behaviours.

Adebayo noted that with the success of Ile Alayo as a home video, there has been a great demand for it to come back as a TV series.

“Ile Alayo has so many comedians. The concept is about a ‘face-me, I face-you’ house where so many characters with conflicting behaviours and attitudes live. The occupants of the house include a Muslim cleric, a prophet, a man that sells Indian hemp, prostitutes, a retired soldier and cybercrimina