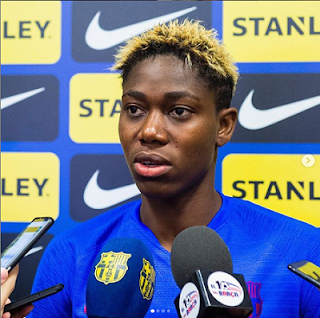 Super Falcons and Barcelona striker, Asisat Oshoala, has said her hunger for success pushes her to want more in the sport.

The 25-year-old, who is in contention for the African Women’s Player of The Year award, admitted that her drive for success for both club and country made her put in the best performance during games.

With three of the last five African Player of The Year awards and a UEFA Champions League silver medal, as well as boasting 16 goals from 22 matches this year, Oshoala expressed optimism about winning her fourth award as Africa’s best women’s footballer.

“Going for my fourth award, I think it is a very good thing. I just want to be consistent. It is the most important thing for me,” she said.

“I don’t really know if 2019 is my best year because I’ve always been good for a couple of years.”