My religion forbids it â€“ Mompha clarifies relationship with Bobrisky

Popular Nigerian socialite has warned cross-dresser, Bobrisky to stop mentioning his name in his fight with Tonto Dikeh. Bobrisky and Tonto Dikeh have been at loggerheads lately and have taken to social media to expose each otherâ€™s secrets. Popular Nigerian socialite has warned cross-dresser, Bobrisky to stop mentioning his name in his fight with Tonto Dikeh. Bobrisky and Tonto Dikeh have been at loggerheads lately and have taken to social media to expose each otherâ€™s secrets. Bobrisky, in one of his responses where he described his ex-bestie, Tonto Dikeh as â€˜Brokeâ€™, wrote that Mompha gave the latter the sum of N300,000. Mompha, who seemed unpleased with such information, took to his Instagram page on Saturday, clarifying his relationship with Bobrisky. According to him, he only met Bobrisky twice and has no relationship with him, as his faith as a Muslim forbids him from associating with homosexuals. Mompha, therefore, warned Bobrisky to stop mentioning his name in his fight with Tonto Dikeh and any other individual. Part of his post read: â€œI want it to be in the public that I Ismail Mustapha, as a devoted Muslim and a family man have never and will never associate myself with homosexuality and my faith forbids it. â€œMarch 21st was the first time meeting Bobrisky in my life in his house with my friend Campmoney. We went there because he invited us for lunch and August 31st 2020 was my second and last time with Bobrisky. â€œI do not know if having lunch in someoneâ€™s house was a crime. My advice to you Bobrisky is for now just runaway from me because if I come to Lagos there will be war because I really have your time.â€ Mompha went ahead to state that his relationship with Tonto Dikeh is just a mere friendship and just supported her project for her foundation some time ago. â€œThe truth is that I only have Tonto Dikeh N300,000 for her foundation when she pleaded with me to support her project. It has however come to my knowledge that Bobrisky was at loggerheads with Tonto and used my name to discredit her before the general public. â€œI want the general public to know that Tonto is just a friend just like any of my friends within and outside Nigeria and there is nothing hidden in my friendship with her,â€ he said. â€œTherefore, I am using this medium to sound a note of warning to Bobrisky to desist from mentioning my name in any fight he might have with Tonto Dikeh or any other person. â€œHe is not my friend and I do not waste my time on frivolities. Any further attempt by Borbrisky to drag me into his issues will be handled by my lawyers,â€ Mompha wrote.

What Liquorose said about Angel to Boma

#BBNaija: Angel and Pere Given a pass to Compete in the...

BBNaija: What Nini told Housemates after her Return 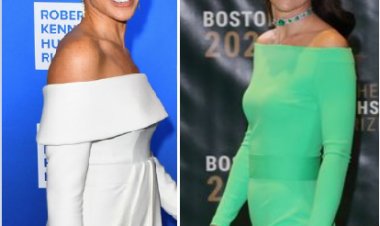 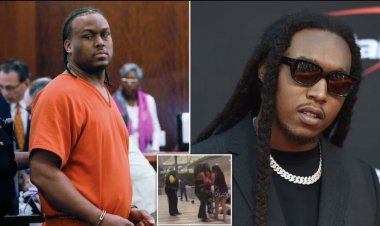