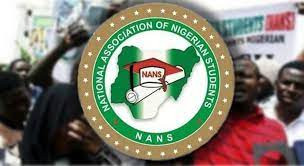 The National Association of Nigerian Students (NANS) has asked the federal government to declare bandits who are kidnapping students in the northern part of the country, as terrorists.

The student body which maintained that anyone with propensity to kidnap and kill the students in large number should be declared as terrosrsits to any nation, also called for increased security in schools.

NANS also announced that it has resolved its factional crisis, which sprang up recently with the emergence of a splinter group, led by one Abdumajid Oyeniyi that was challenging the leadership of the national president, Sunday Asefon.

Asefon who addressed journalists in Ado Ekiti, recalled meeting with prominent Islamic Cleric, Sheikh Ahmed Gumi over kidnap of school children in the Northern region of the country.

“The government should beef up security in schools. It is our belief that students should be going to schools with the assurance that they will be secured.

“I have called on the federal government that they should declare these bandits abducting students in the northwest and north central as terrorists.”