The National Broadcasting Commission says it has jammed the signals of a Pirate Radio claiming to be “Radio Biafra” in most parts of Lagos.

The Commission said the jammed radio is an illegal Radio which broadcasts incendiary messages and notorious for spewing fake, inflammatory and inciting content.

Quoting the National Broadcasting Commission Act, CAP N11, Laws of the Federation of Nigeria, 2004, chapter 2, subsection 2, the NBC said that; “No person shall operate or use any apparatus or premises for the transmission of sound or vision by cable, television, radio, satellite or any other medium of broadcast, from anywhere in Nigeria, except under and in accordance with the provisions of this Act.

It also quoted Section 15.4.1 of the Nigeria Broadcasting Code which provides that: “The Police shall prosecute any person engaged in any form of broadcasting or in possession of any broadcast equipment or apparatus in the country without a Licence or Permit for the purpose.”

Consequently, the Commission warned the general public that anybody who attempts to operate broadcast in Nigeria without legal authorisation of the National Broadcasting Commission, will be prosecuted and the equipment, confiscated according to Law.

It directed the Department of State Security and the Nigerian Police to bring the culprits behind this illegality to book. 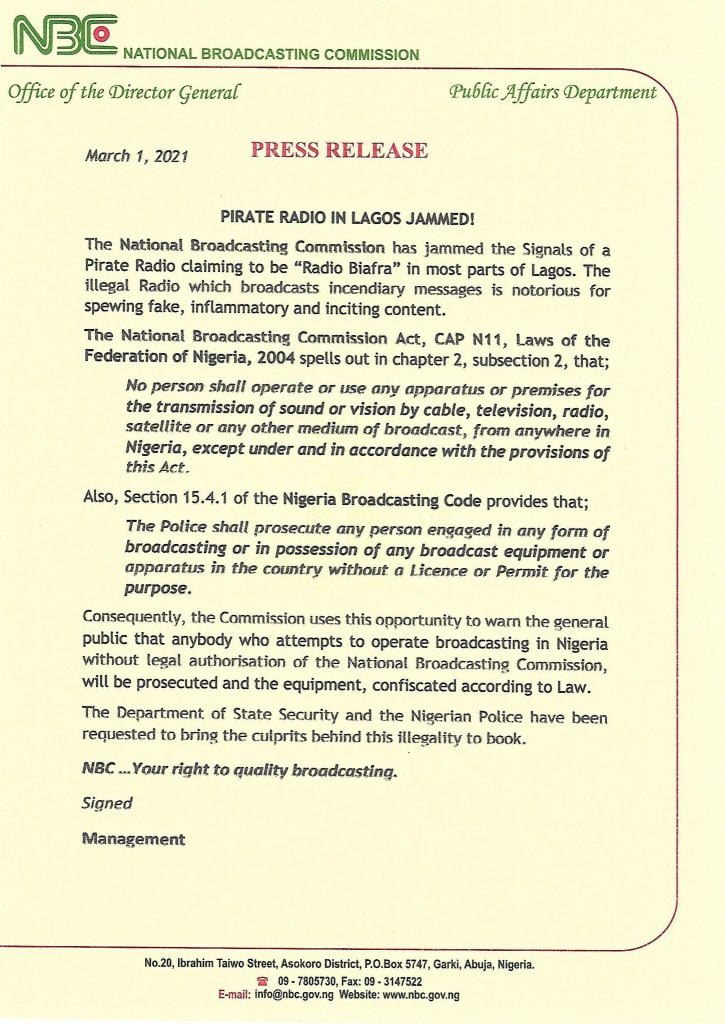