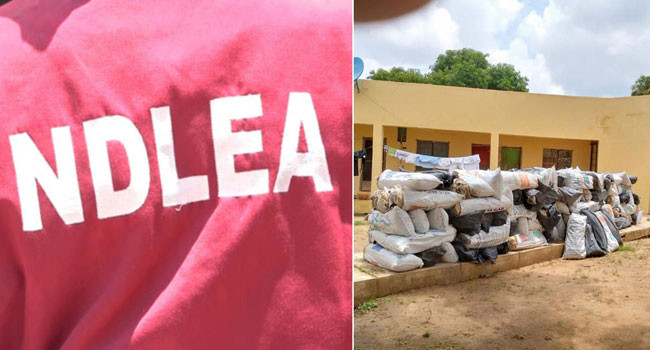 A warehouse at Mailefe village in Kontagora Local Government Area of Niger state, which is suspected to be a storage facility for drug supplies to bandits operating in parts of the state has been raided by operatives of the National Drug Law Enforcement Agency (NDLEA).

The operatives who acted on a tip-off said 125 bags of Cannabis Sativa were recovered after a thorough search of the warehouse.

A man who was seen praying in front of the house fled into the forest when he sighted the narcotic officers from afar, and it is still unclear what his connection to the racket was.