Nollywood actress, Merit Gold, took to her Instastories to share advice hours after an audio recording of her conversation with Tonto Dikeh’s ex-boyfriend, Prince Kpokpogri, about a certain ‘Jane”, leaked online.

In the audio recording, Prince could be heard describing the sexual prowess of Jane who is married. The recording leaked weeks after Tonto alerted married dancer and social media influencer, Janemena, that Prince has her old and recent sex tapes. Janemena has since written a letter through her lawyers to Tonto, threatening to go to court if she fails to retract her claim and pay her N500 million in damages.

In a post shared on her Instatories this morning, Merit Gold adviced people never to gang up on innocent people as their reward will be shameful. See her post below 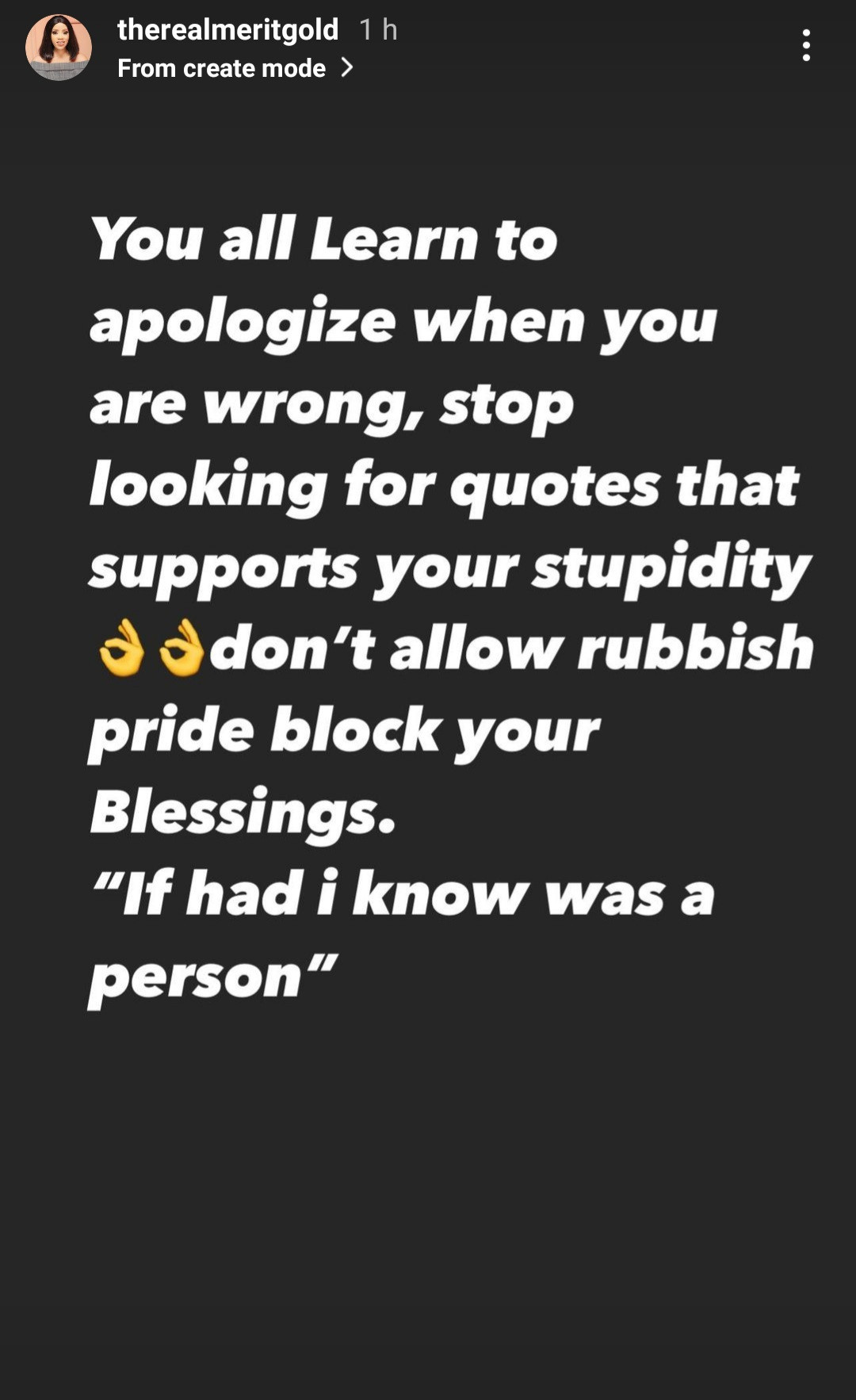 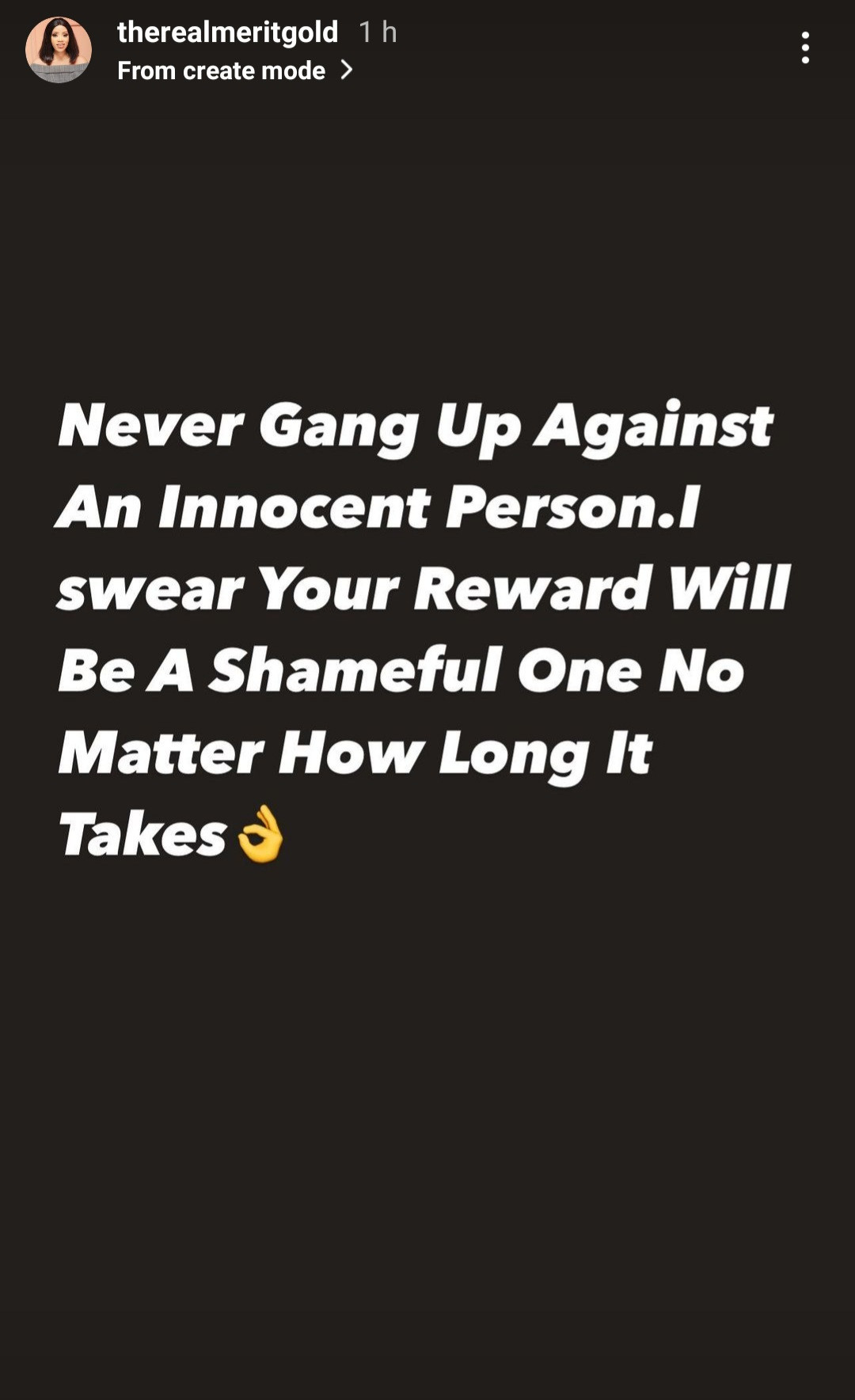