Martin Odegaard claims many lies have been spread about his reason for wanting to leave Real Madrid, with the Norwegian having now completed a permanent move to Arsenal.

A £30 million ($41m) deal has allowed a talented 22-year-old to swap life in the Spanish capital for that in the English equivalent for a second time in his short career.

Having caught the eye on loan with the Gunners last season, it was suggested that Odegaard would look to impress back at his parent club this summer, but he has returned London amid claims that he failed to win over Carlo Ancelotti at Santiago Bernabeu. 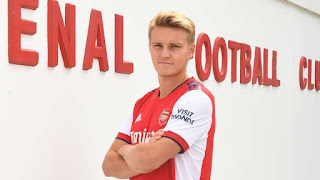