Former Nigerian forward Victor Ikpeba has claimed the Super Eagles are not the best team when it comes to African football now.

The 48-year-old, who made 31 appearances for the Super Eagles during his playing time and managed to score seven goals, was reacting to the team’s mixed results in the 2022 World Cup qualifying matches.

Nigeria under coach Gernot Rohr came up against the Central African Republic losing the first meeting 1-0 at Teslim Balogun Stadium in Lagos but they recovered to beat them 2-0 three days later courtesy of goals from Leon Balogun and Victor Osimhen. 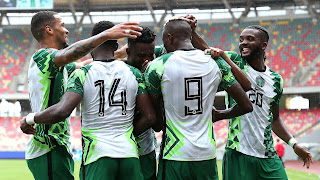