A Nigerian cyclists has died after he was stabbed by armed robbers who attacked him while he was waiting for his fellow cyclists.

He managed to apply pressure to the spot where he was stabbed and he cycled back to Gbagada General hospital.

His wife, a doctor, attended to him alongside others, a friend named Dr Yinka Awoyemi said.

He was the transferred to another hospital where he was operated on.

Sadly, the “jugular vein had been breached” the friend said, and Mabogunje, aka Mabogs, died in the early hours of today.

The cyclist community have paid tribute to him via a Facebook post.e 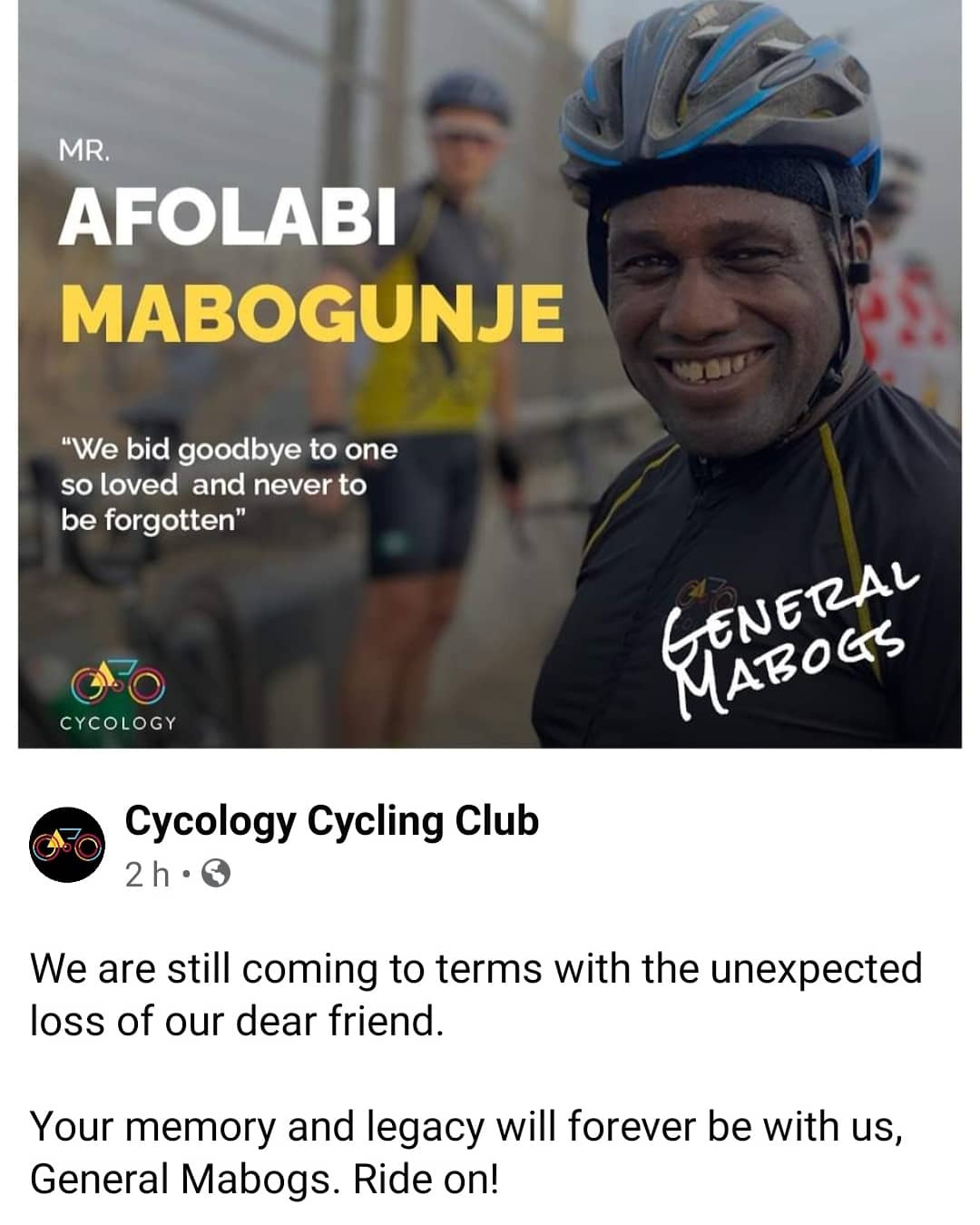