Skip to content
A Nigerian man preaching on the streets of London was yesterday arrested by some London police officers. 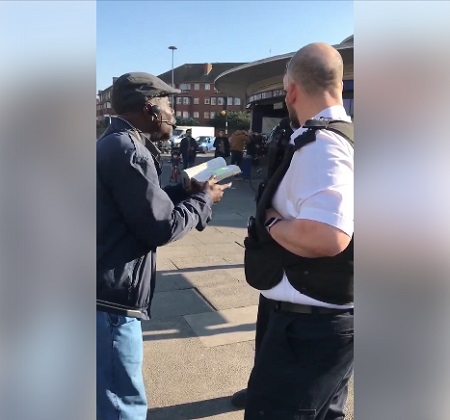 A Christian preacher was arrested yesterday afternoon by the police at Southgate station London N14 for preaching about Jesus Christ.

The man who is believed to be a Nigerian – was told by the police that the public had said he was being Islamophobic and that he should stop his preaching.

The man said he can be arrested and no matter what is done to him, he will not stop preaching. He also told the officers to give their lives to Christ as he said he won’t go away because he needs to tell people the truth. 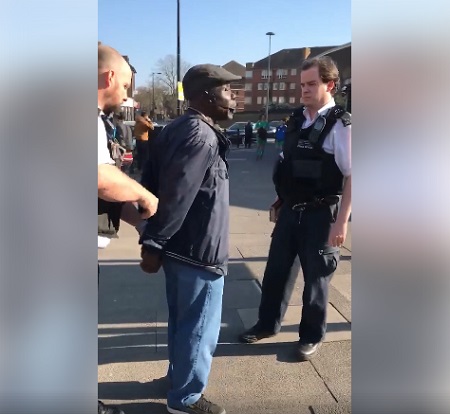 An officer told him he doesn’t want to listen to his preaching. The Nigerian replied by telling him he will listen to the gospel when he’s dead.

That was the moment the officer placed handcuffs on him and arrested him.