The host, famously called The Energy Goddess, was said to have been in a car with her boyfriend on October 12, when they were involved in an accident along Lekki-Epe Expressway, Lagos.

The boyfriend, who was driving, was unhurt but Eve was  critically injured.

She was rushed to a nearby private hospital but didn’t make it.

MC Eve hosted Toyin Lawani’s wedding months ago. She’s has worked with various Nigeiran celebrities, and they have taken to their respective Instagram accounts to mourn her.

See some tributes below. 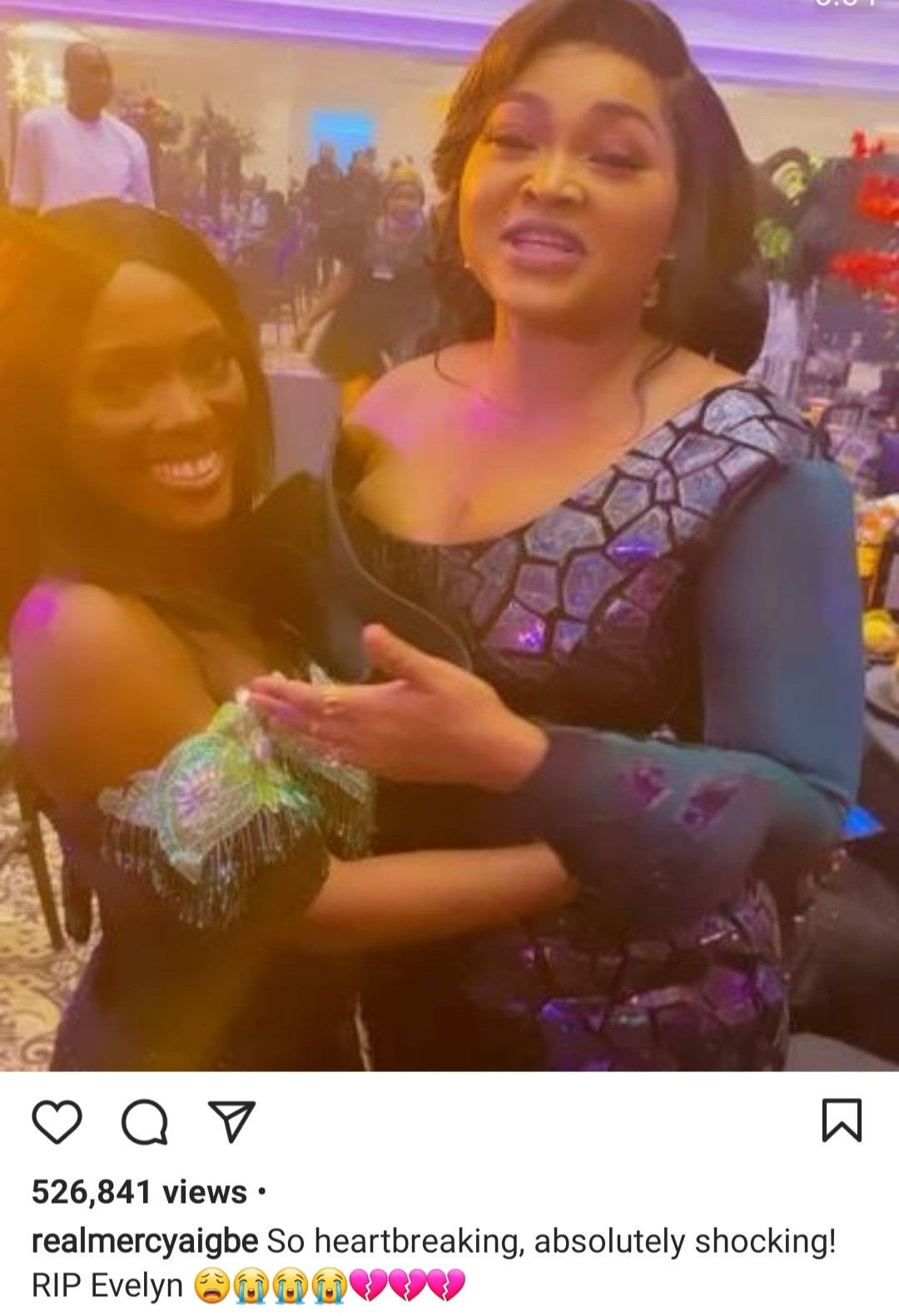 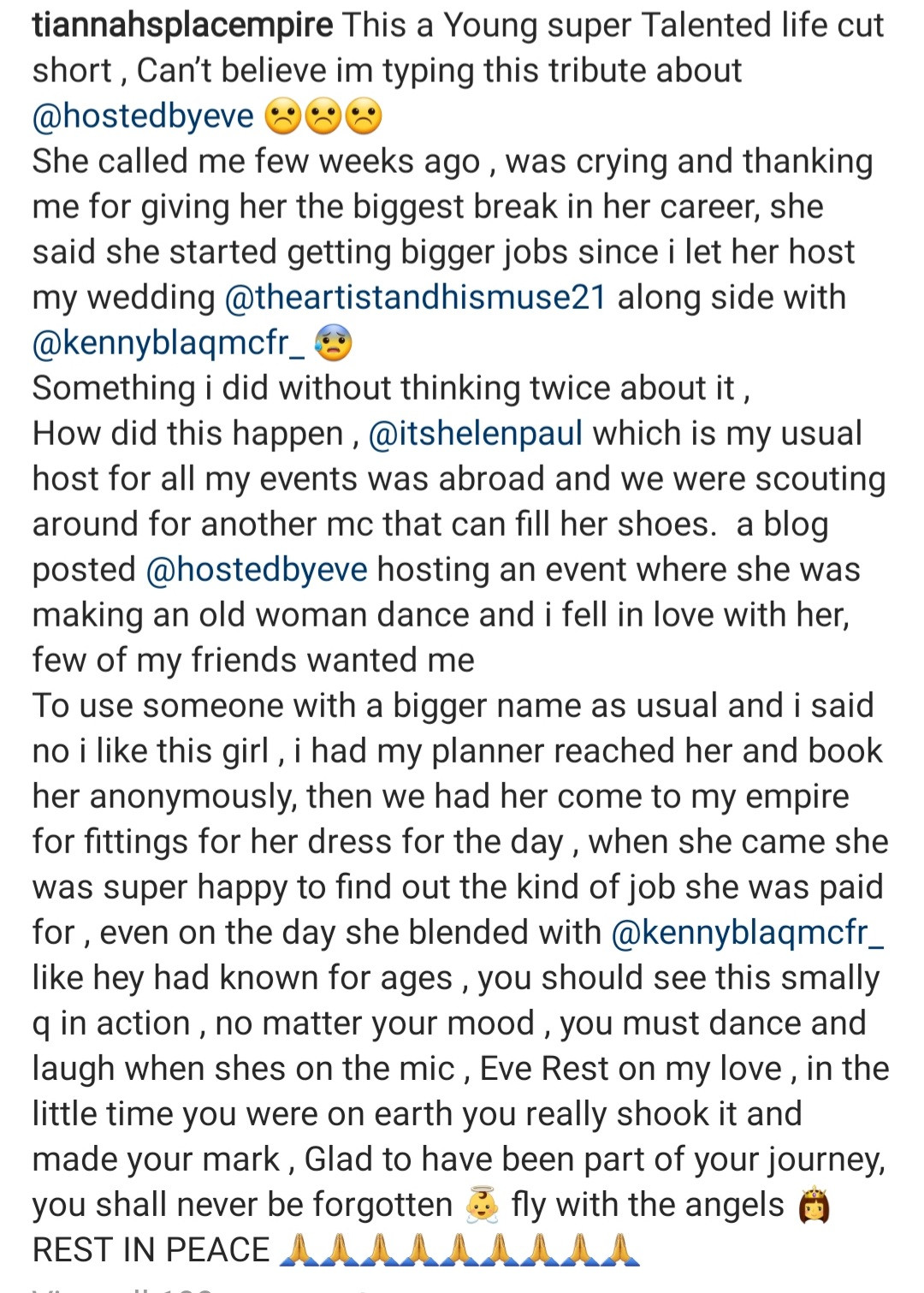 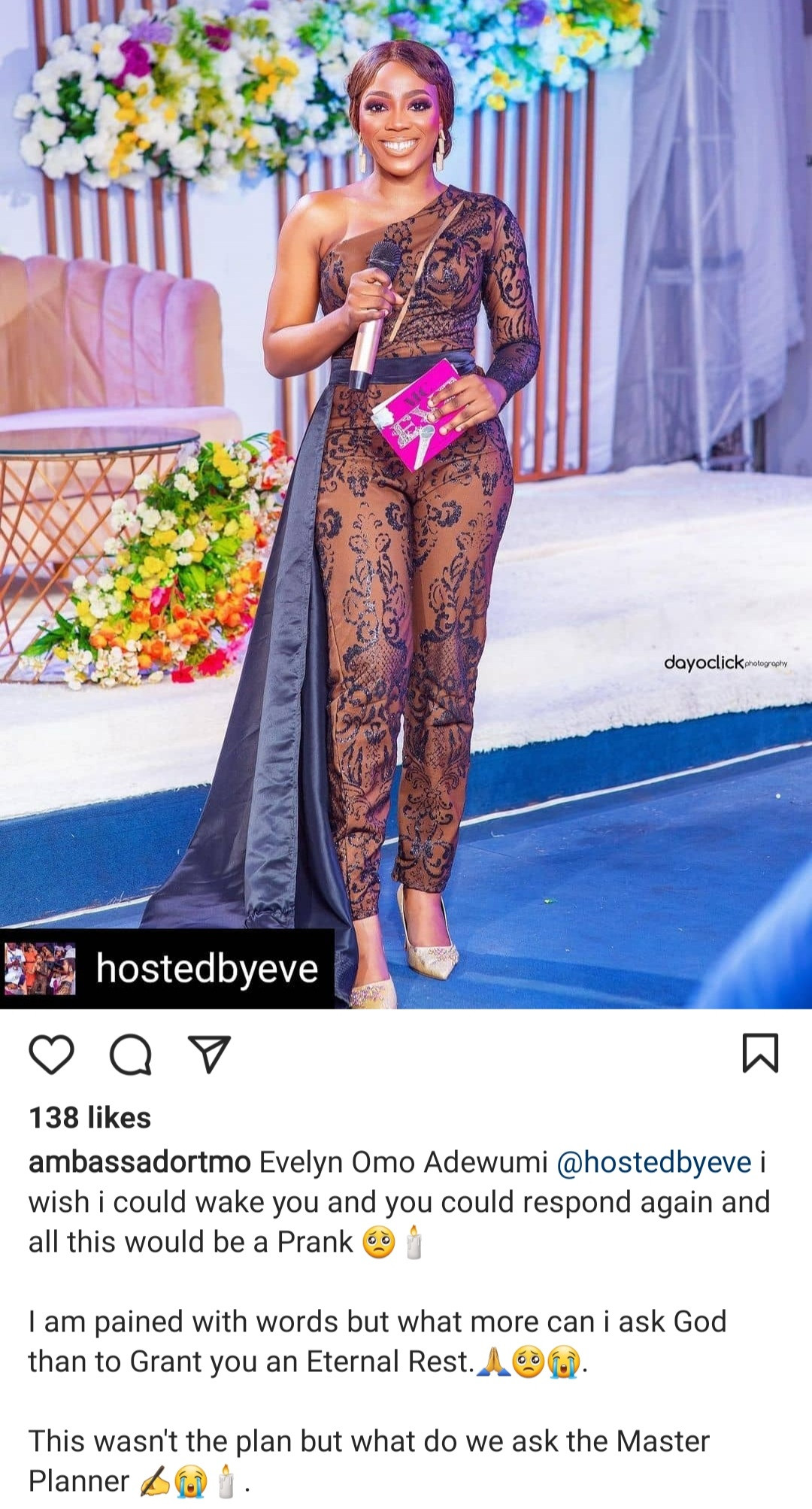 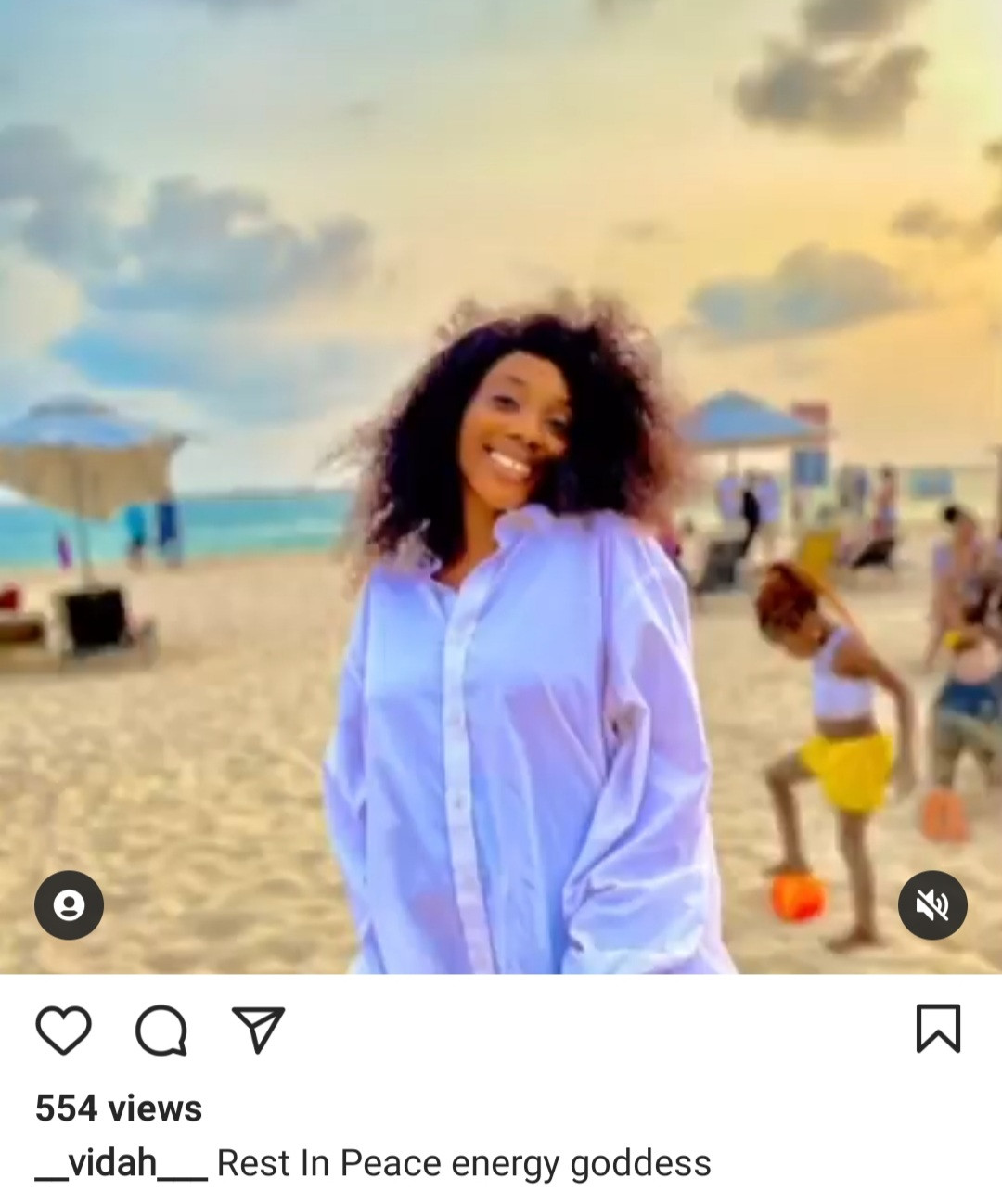 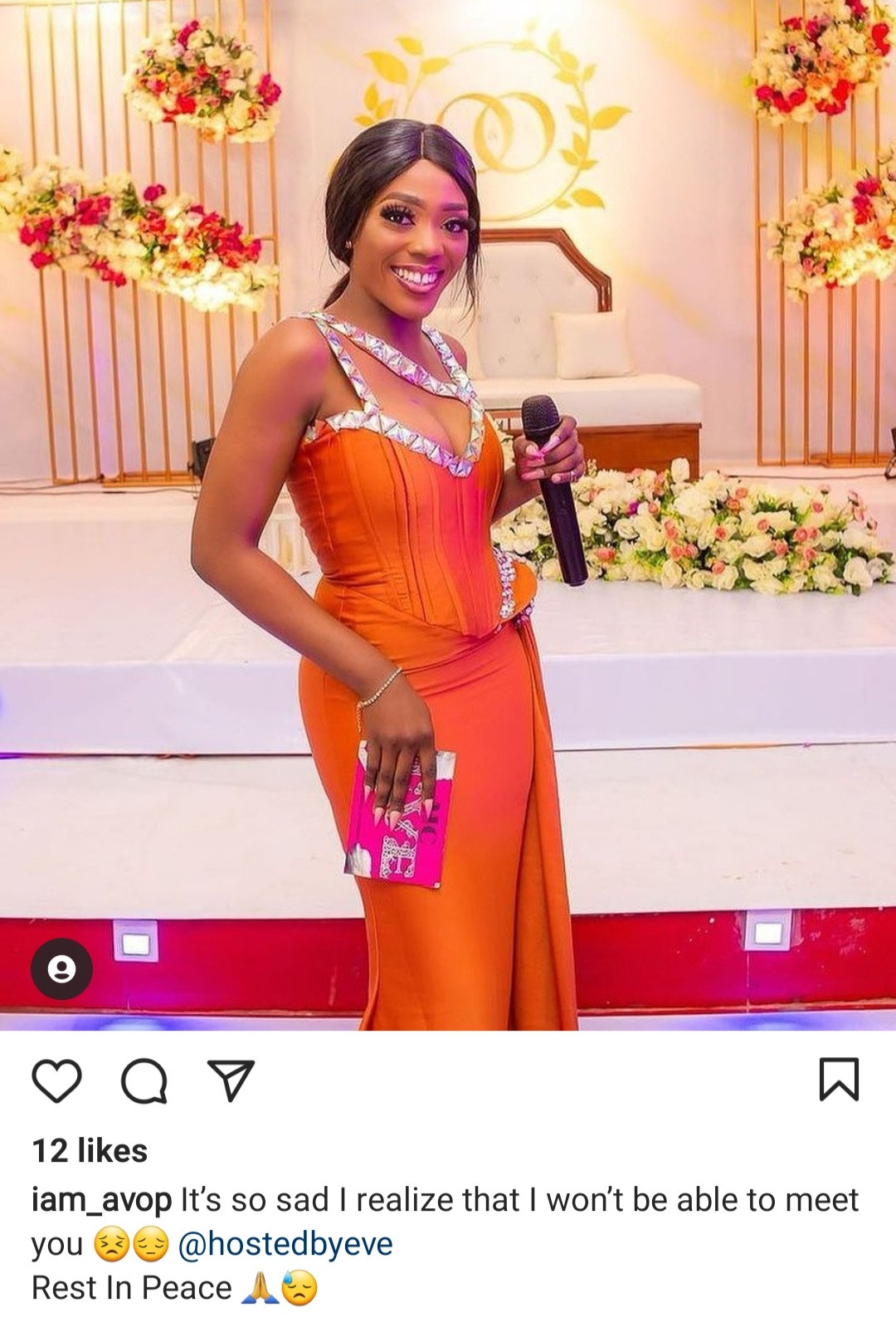 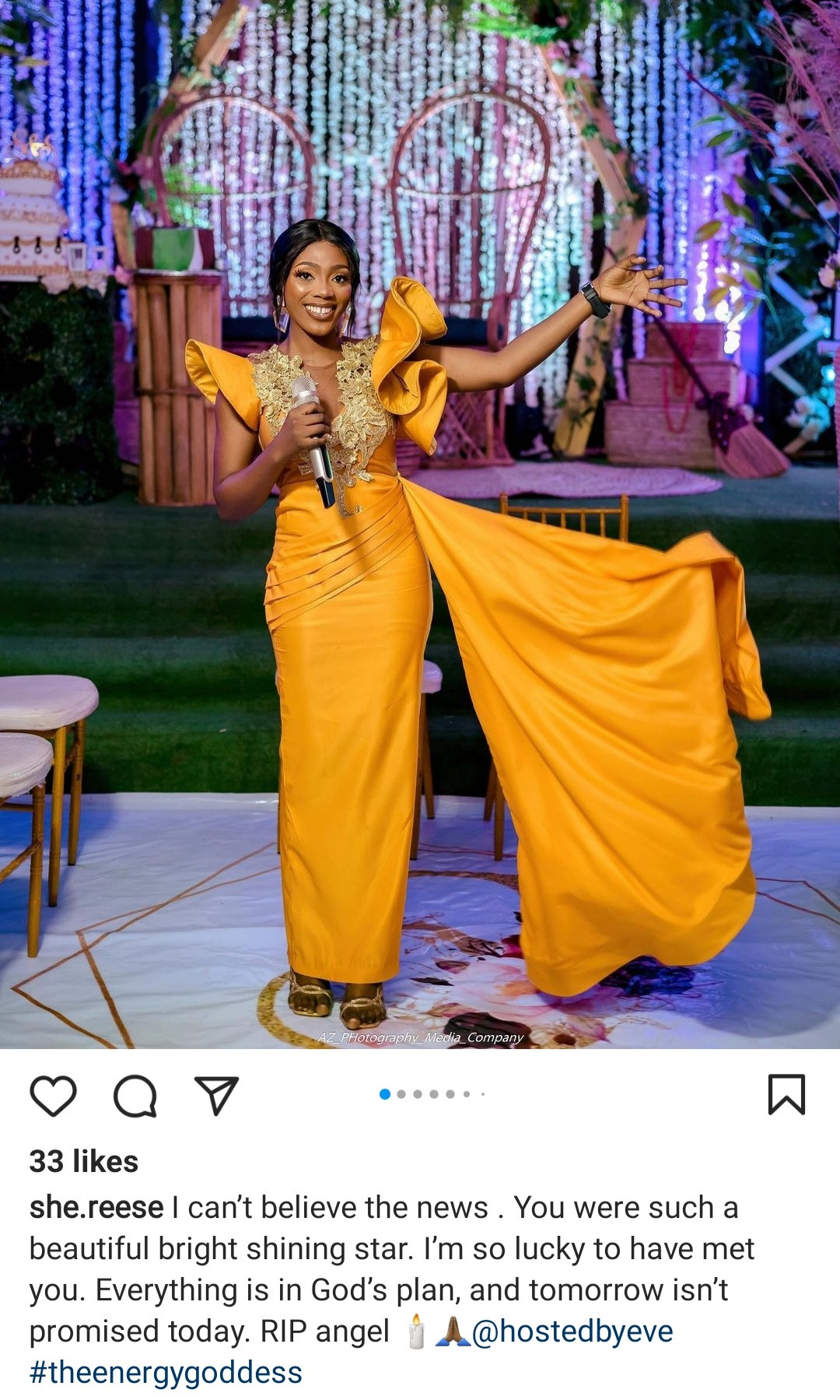