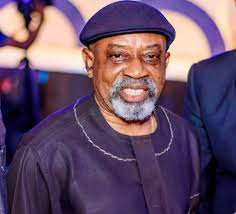 The Minister of Labour and Employment, Chris Ngige, has denied reports that some doctors are being owed their salaries.

Ngige disclosed this at the meeting of the presidential committee on salaries, with the leadership of the Joint Health Sector Union (JOHESU) in Abuja on Tuesday, September 7.

Ngige said the clarification became necessary to address the position of the members of the National Association of Resident Doctors (NARD), who are currently on strike over alleged salary irregularities.

“NARD goes about telling Nigerians that government is owing them salaries, and as well not taking the problems in the health sector seriously. But this is not true. It is incorrect,” he said.

No doctor, nurse, pharmacist or any other health worker, including the driver, is owed monthly salary. Government pays as and when due.

Monthly salaries are done as and when due for those legitimately employed by the federal government, but not to those illegally employed or need their appointments regularised and captured in the finances of government for payment.

This takes a process which is not accomplished overnight.”he said