Segun Showunmi, a former aide of Vice President Atiku Abubakar, has said that the various activities former President Olusegun Obasanjo engaged in were enough to have consumed him, but for the grace of God. Going down memory lane, Showunmi said the strong position Obasanjo held during the apartheid era could easily have consumed him, but it did not. Segun Showunmi, a former aide of Vice President Atiku Abubakar, has said that the various activities former President Olusegun Obasanjo engaged in were enough to have consumed him, but for the grace of God. Going down memory lane, Showunmi said the strong position Obasanjo held during the apartheid era could easily have consumed him, but it did not. Instead, he said the actions propelled Obasanjo into a dependable ally of the west. He recalled how Obasanjo handed over power to civilians in 1979, describing the gesture as uncommon among African leaders. Showunmi, in a statement to celebrate Obasanjoâ€™s 85th birthday, recalled how the former President was thrown into prison by the military regime of General Sanni Abacha. According to him, Obasanjo did not die in prison given that many others in and out of prison paid the ultimate price. He said God kept him alive and miraculously returned him to power as a civilian president in 1999. Showunmi maintained that God has been genuinely merciful, kind and protective to the Ibogun village man, despite his human frailties by making him a global icon. His words: â€œLooking back on the last decades that I, your son, can recollect, your life as head of state was unusual, bold and courageous. The strong position you held during the apartheid era with the benefit of hindsight is indicative of a man under grace for the world order. It could easily have consumed you, but it did not. Instead, it propelled you into a dependable ally of the west. â€œHanding over power in 1979 at a time when with the death of General Muritala, most African leaders would have played tricks by extending and extending the date, not you. Baba, I got the cross pen you signed off with and one of the Seiko wristwatches. That indeed was the guidance of the Lord our God, for how did you manage yourself to do what is right. Recall the transition program of IBB, and it will become clear just how much willpower it takes African leaders to exit power honourably. â€œThe harsh years that followed saw you play critical roles, almost becoming a civil society activist until you got thrown into prison. Somehow, you did not die, given that many others in and out of prison paid the ultimate price. Still, God kept you alive and miraculously returned you to the headship of Nigeria as civilian president, a title only yourself and President Buhari have attained in our history.â€ The PDP chieftain maintained that Obasanjoâ€™s â€œtenure remains the golden era of our development in democracy when all is considered.â€ While saying there is no point listing out his achievements, but with particular reference to the current â€œcrippling debtsâ€ the nation is battling with, Showunmi mentioned that Obasanjo â€œgot debt forgiveness and the relief stands you tall.â€ He added that after office in 2007, Obasanjo has continued to go full force, working with other world leaders, doing his best to keep humanity safe. â€œYour work rate is incredible, your exercise regime is beyond astonishing, you are just damn too bold, in thoughts, in writings, in actions, and just getting up and going to the next trip and the next is stuff that only an all caring God could have helped you through. â€œNow, Baba, at 85years young, just look at you, how energetic, so full of life. â€œHappy Birthday, Baba. Enjoy your remaining days. God has been faithful, and we thank him,â€ Showunmi submitted. 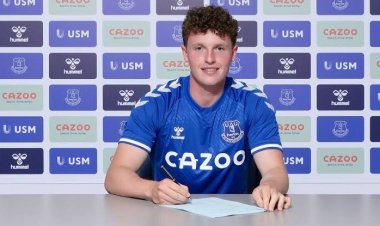 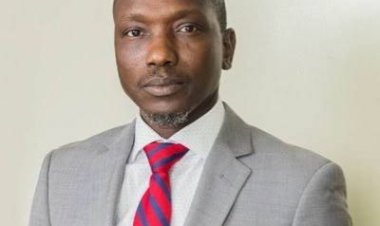