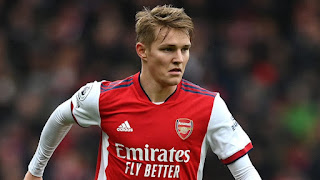 Arsenal look set to be without both Martin Odegaard and Emile Smith Rowe for their Carabao Cup semi-final first leg at Liverpool.

Smith Rowe missed Sunday’s FA Cup defeat at Nottingham Forest due to a groin issue and it is believed he has not recovered in time to make the trip to Anfield.

And GOAL has learned that Odegaard, who started at the City Ground, is now also set to miss out – plunging Mikel Arteta’s preparations for Thursday night’s game into further disarray.