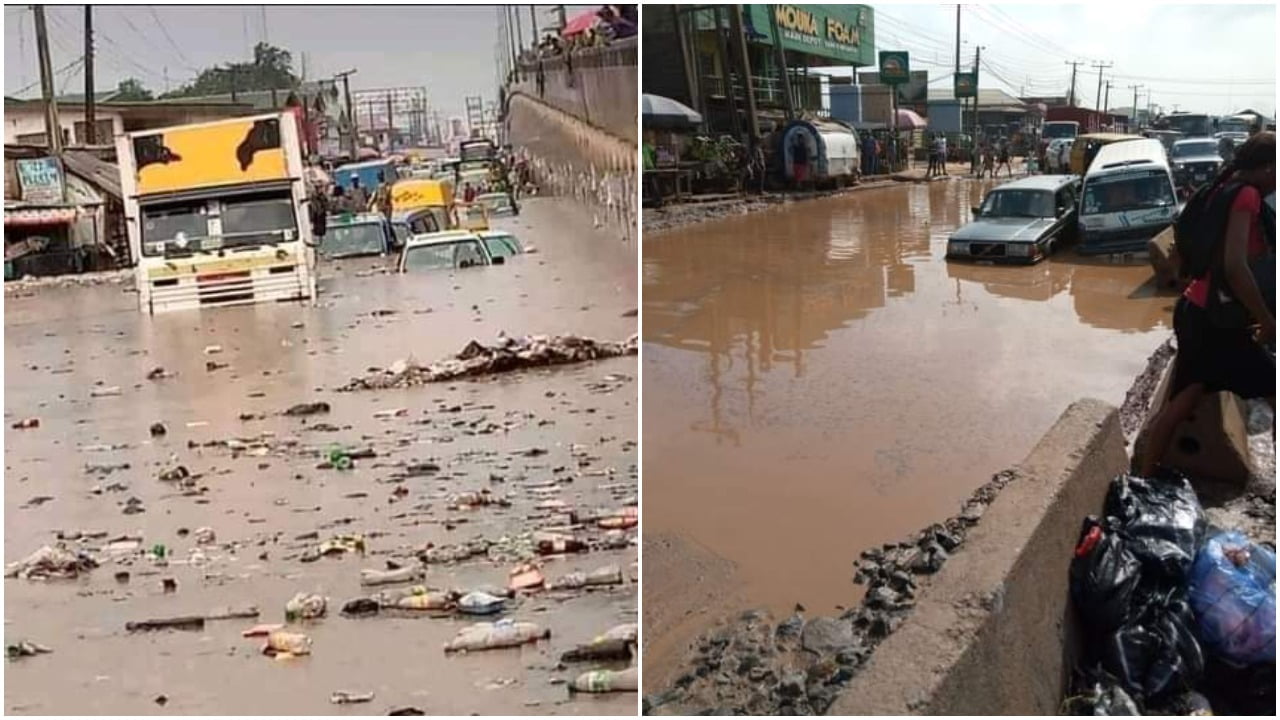 Residents of Ogun State have cried out to Governor Dapo Abiodun to fix the bad roads in their areas.

Recall that the people of Ado-Odo/Ota Local Government had during the last year EndSARS protest thronged the street to decry the poor conditions of roads in their communities.

In the same vein, their neighbours in Ifo Local Government have continued to call the attention of Gov Abiodun to the poor state of roads in Akute, Alagbole, Agbado, Denro, Isashi, Ojodu Abiodun and others.

It is almost two years into the administration of Gov Abiodun and the people are becoming impatient as they remember the promises made to them by the Governor during his electioneering campaign.

To them, they are yet to see any appreciable intervention in their areas as far as the roads are concerned.

Residents of Atan-Lusada-Agbara said they have been forgotten in spite the fact that the corridor has the road connecting the Agbara industrial estate.

As the rains are here, Ogun residents are getting worried over the difficulties they experience plying the roads, calling on Abiodun to do the needful.

DAILY POST correspondent observed that Abiodun, in the past weekends, have been on the streets to inspect some of the roads under construction, while giving updates on his social media handles.

On March 10, Abiodun informed the people of Ogun that the Owode end of the Owode-Ilaro Road will be asphalted within the week, and engineers will promptly move to the Ilaro end to continue work thereafter. 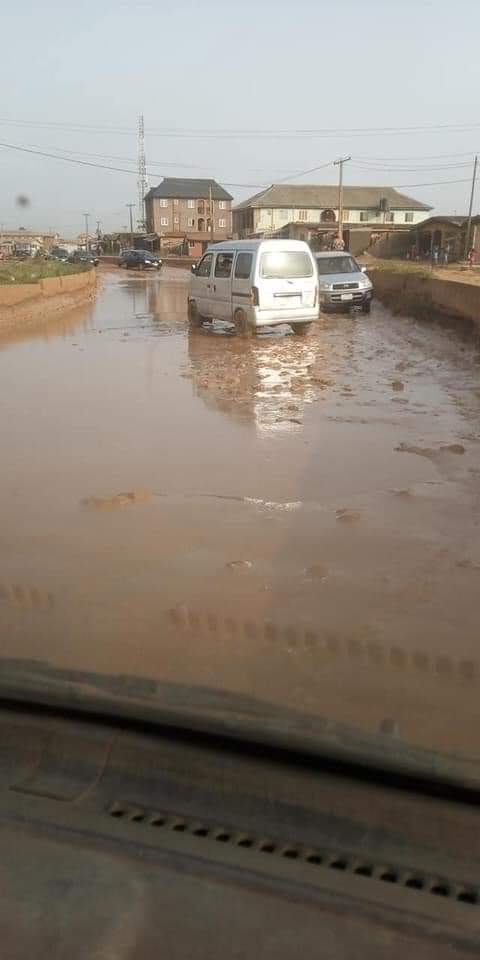 A day after, he disclosed that steady progress was being made on the Panseke-Adigbe Road project, adding that the contractor has paved asphalt from Panseke to the Nigerian Navy Secondary School.

Also, Abiodun boasted about the Elite road in Abeokuta, saying “Our Administration is a season of project completion in Ogun State, as the expanded 2.5km Elite-Oke Lantoro joins the current set of roads ready for asphalting.”

On March 17, the governor said “We will be delivering as brand new, the 8km Atan-Erunwon Road in Ijebu Northeast LGA, where asphalt paving is ongoing. This is part of our Administration’s mass reform in road infrastructure.”

Last weekend, Abiodun inspected the Ijebu Ode-Epe Expressway project, saying “I am happy to announce that the road will be ready within the year.”

He also inspected the Ejinrin road, where it was mentioned that the asphalt paving is nearly completed. He stated that the 7.65km road is an inherited project that this administration resolved to take over and complete for its projected impact in movement of goods and persons, as well as joint economic growth.

Yesterday, the governor was in Abeokuta to have an on-the-spot assessment of the progress of work done on the Lafenwa-Rounda-Ayetoro road connecting Ogun Central and Ogun West.

He said, “The project was inherited from the immediate past administration, but as government is a continuum, we have refinanced it because the people, results of their taxes, and their welfare matter more than petty politics.

“Completion of the project will aid commerce for residents and road users in transit between the two senatorial districts, while aiding infrastructural development for the State.”

But, many Ogun residents seemed not convinced with the works done so far on Ogun roads, as they shared pictures of the conditions of roads in their localities.

Oluwabusola Olutayo Akinsanya: “Mr Governor, you need to go round and visit all road constructions. Work is too slow. I was at Gaa Sabo Abeokuta few days ago. Pls Sir, check this area yourself. God will give you strength to inspect these projects yourself.”

Daniel Igbinedion: “Also, come and check the extent of dilapidation of Atan Agbara road, if it is not a big shame to your government. This is were you have the highest number of industries in Nigeria. You are waiting for fed gov?”

Lawal Adegboyega Ezekiel: “We need your presence in other parts of the state sir. Ado Odo Ota, Lafenwa/Itele Ota needs your attention immediately. All our roads are bad. Neglected axis!”

Sim Ple: “Stupid people everywhere, is that a project? Don’t forget, our Social Media Governor, I am living around the (Lafenwa) area, you did nothing sir. Stop this and respect God.”

Samuel Ayodele: “Before I give kudos to the Governor, Prince Dapo Abiodun and his team, they need to come and work on Abule Iroko-Itoki-Agbado and many . If your ballot box can get to every nooks and crannies of the above-mentioned areas during election, they should also be available for the development of the areas. Thanks.”

Lange Jimoh Popoola: “When you are deceiving voters, nobody knows; but when the voters retaliate, the world will know. A road only constructed for one man vote (Bola Ajibola), but you’ll lose thousands of communities votes. Ogun people are wiser more than this tactics, Amosun has opened our eyes.”

Abiodun Adegoke: “You are doing great my Governor, you deserve to be reelected for a second term. We ogun state indigene far and wide are behind you like Olumo rock. God bless you and your beautiful family.”

Prince Olalekan Babalola: “Why is the Governor embarrassing himself? Please always get facts before you come to yhe social media to give false info. The contractor have left (Lafenwa-Ayetoro) site couples of weeks ago and only about 3km was asphalted.”

Tosin Olaleye: “It’s because you were coming, that’s why they moved back to site this morning. How many meters of asphalt have they laid?”

Lxrd Charm: “Be deceiving yourself. You’re not doing anything.. Nah ur fellow mumu dey fall for this.”

Yusuph Sunkanmi: “Keep the good work going sir. Pls sir, Agbara to Atan, Atan to Ado-odo and Ado-odo to Ikoga need your urgent attention. The road network linking to those areas is in bad shape. Promise upon promise from previous administration which they never fulfill.”

Abiodun Olawuwo: “Yeye dey smell. Ifo and Ado-Odo Ota are not on his list of attention. Shioor!”

Engr Gadeyemi: “Baba, stop showing us these already good structures. See attached picture of Sango Ota bridge in Joju area. This is where you need to work.. Do this alone and your accreditation is gonna come from most high.”

Adenubi Michael: “Ijebu Isiwo road is begging for your attention, Your Excellency.”

Alfa Akasholoriro Ridwan: “Dapo Abiodun, you have never posted bad roads since. Why! I know you’re posting all these because of 2023 election. But I believe Ogun State is among the top three states with the most number of bad roads in Yoruba land. Ado-Odo/Ota has the worst roads in Ogun State. You generate money in Ado-Odo/Ota, but you do nothing about roads. Why?”

Iyabosola Babajide: “Oke Owa, Imushin, Ago Iwoye, Ilishan and so many like that need attention.”

Campbell Charles Folarin: “I am really disappointed in this present administration, if the truth must be said. There are worse roads begging for repairs. Sango roads, Ijoko, Abule Iroko roads are worse, yet your government is here showing pictures. For me u have under performed as a governor.”

Adesoji Adeniran: “Mr Governor, when will it be the turn of the people of Akute, Ajuwon, Alagbole, Lambe, Agbado and environs?”

Adebomi Temitope: “Sir, you need to be futuristic in planning, this Epe road is supposed to be a full carriage way, the same standard with Lagos Ibadan Express way, considering the importance of the road giving accessibility to the refinery, Lekki deep sea port and other industries emerging at that axis.”

Oyaleke Gbenga: “Dear Governor, well done! What did we people of Ado Odo Otta did to offend you? Sango, Oju Oore, Oju Oore-Ilogbo road, Sango-Ijoko road to Oke Aro? Did we not vote for you? Ah! God is watching us from a distance!”

DAILY POST reports that Abiodun had told the people of Ado-Odo/Ota in October that “it is impossible for our State Government to reconstruct any Federal Road without necessary approvals from the Federal Government, yet we have carried out palliative works and will do more permanent works on these and other roads.”

The Governor mentioned that he and Gov Babajide Sanwo-Olu of Lagos State had repeatedly appealed to the Federal Government to cede some of the roads to them, stressing that a positive response was still being awaited.