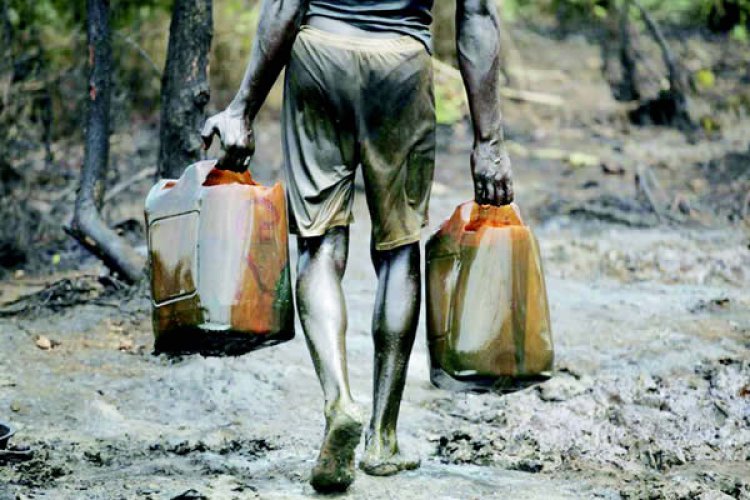 No fewer than 24 members of the House Of Representatives led by the deputy leader of the House, Hon. Peter Akpatason, on Wednesday stormed Gbaramatu Kingdom in the creeks of the Niger Delta region on a visit to the popular ex-militant leader, High Chief Government Ekpemupolo also known as Tompolo, during which they lauded him and his Tantita Security Services for their efforts so far in curbing oil theft in the region.

Speaking on behalf of the delegation during the meeting held at Oporoza, traditional headquarters of Gbaramatu Kingdom in Warri South-West Local Government Area of Delta State, Akpatason noted with delight that “the partnership of Tompolo with the Federal Government of Nigeria, the navy and other military agencies had led to significant improvement in the oil sector.”

He disclosed that the visit was “to encourage Tompolo to continue to do more in safeguarding oil facilities in the Niger Delta region which would in return boost oil production.”

He said, “We are here because of your contributions in the Niger Delta region and how you have boosted oil production within the last few months.

“In the course of our journey to this place, we have visited oil facilities. We appreciate your role in the oil production and security.

“We have been very worried and concerned that some time ago, we have not been able to meet OPEC oil production projection for Nigeria.

“We are here to see how you, NNPC and the security agencies have been securing oil facilities in the region.

“We have come to the realisation that when indigenes are given the opportunity to safeguard oil facilities, it seems safer. We will continue to encourage every possible steps aimed at increasing our financial income in the country.

“Nigeria had over the years made it an habit to borrow money to fund our budgets, this cannot continue.

“We are bothered about this. We have visited other kings and key leaders in the region hence with the critical role you have played and still playing, we are here today to fraternise with you.”

The Chairman of the Upstream Petroleum Sector promised that the lawmakers would ensure that the security agency is given the necessary support to succeed in the fight against oil theft.

He assured that Tompolo would be given the necessary legislative backing to ensure that security agencies continue to partner with him, stressing that they were impressed with his performance so far urging him to keep up the good work.

Responding, Tompolo expressed gratitude to the visiting National Assembly team for the honour, promising to continue to do his best for Nigeria.

“I will not disappoint you people,” Tompolo stated just as he vowed that he would do his best in delivering fully on the job.

He said he would not disappoint the Federal Government of Nigeria and the lawmakers in the fight against oil theft.

In his contribution, the member representing Burutu Federal Constituency, Hon. Julius Pondi, remarked that the decision taken by the Federal Government to award the pipeline surveillance contract to Tompolo was one of the best decisions so far.

According to him, prior to now, the entire riverine communities in the region had been heavily polluted by oil theft.

Pondi while lauding Tompolo for an excellent job so far wondered how the Niger Delta leader was able to deal with the age long menace of oil theft in the region via Tantita Security Services within just few months of operations.

The lawmaker asserted that Tompolo was not only boosting oil production of Nigeria but also rescuing the Niger Delta environment from environmental degradation.

Hon. Pondi also commended the Nigerian Navy for partnering with Tompolo in curbing oil theft in the region, stressing that other military agencies deserved to be commended for their role so far.

Lady left with Deflated Boobs after her Implant Exploded