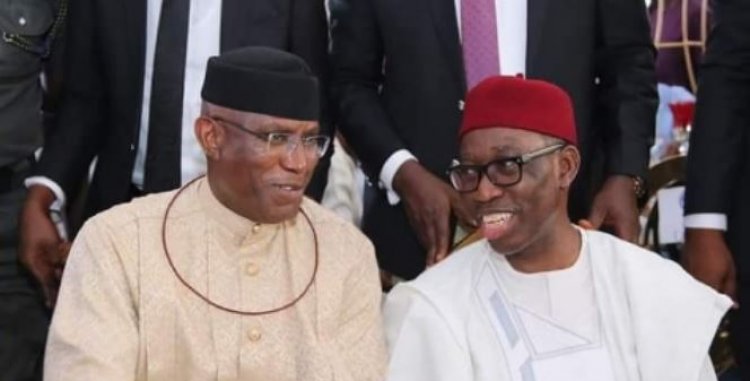 Omo-Agege had accused the Okowa-led government of spending over N2.8trn in seven years without anything to show for it, hence the infrastructural dilapidation from Asaba to Warri and environs, Ughelli to Udu, Sapele to Effurun, Koko to Oghara, Agbor to Ukwani, Ndokwa to Abraka, and other areas of the state.

However, Okowa, who spoke through his Commissioner for Information, Mr Charles Aniagwu, while replying Omo-Agege, said, “Omo-Agege is a liar and the lie will not help him; Deltans are wise and he cannot keep deceiving them.

“Omo-Agege cannot differentiate between federal and state roads. If he does not have knowledge of roads, he should keep quiet.

“This is a man who led thugs to the National Assembly to shut down the Senate by carrying mace, for which we have apologised to Nigerians because he is our son.

“Omo-Agege never sponsored a bill let alone assent to it. He did not have a bill in his name. He cannot win local government chairman let alone win governor seat in this state.”

He noted that claims by Omo-Agege that the Okowa administration had nothing to justify the more than N2.8trn so far received from the federation account in over seven years of his government were fallacious and baseless.