Skip to content
The Pharaohs were bundled out of the quadrennial international competition on Saturday after 90 minutes of football in Saitama
Egypt U23 coach Shawky Gharib has encouraged his players not to worry about their defeat to Brazil in the quarter-finals of the Olympic men’s football event.
Matheus Cunha’s 37th-minute goal separated both teams at the Saitama Stadium 2002, and it sent the North African country packing from the tournament.
The Pharaohs aim to end their long wait for a medal in the football event did not come to fruition at Tokyo 2020 but Gharib, immediately after the match, assembled the team on the pitch and advised them to look into the future positively. 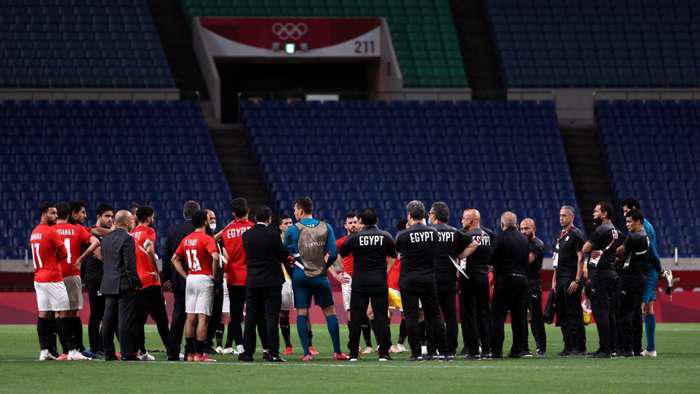