Former Nigeria player Patrick Paschal has praised Victor Osimhen who has impressed for Napoli so far this season.

The 22-year-old Super Eagle has so far managed four goals for the Partenopei in Serie A accumulated from six appearances. He also scored two goals in the Europa League which came against Leicester City in the 2-2 draw at King Power Stadium.

His current run of form has caught the eye of the 46-year-old Paschal, who also played for the Super Eagles, managing 11 caps. 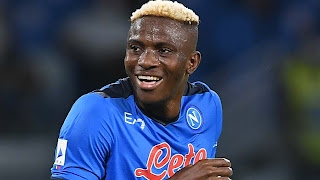