In the aftermath of the heavy downpour of Wednesday 1st September 2021 in Osogbo, residents of Lemese and Awosuru in Alekuwodo Area of the state capital have appealed to the state government to come to their aid. During the heavy downpour, a portion of the bridge which connects the community to the road linking the Gbongan-Ibadan road gave way. In the aftermath of the heavy downpour of Wednesday 1st September 2021 in Osogbo, residents of Lemese and Awosuru in Alekuwodo Area of the state capital have appealed to the state government to come to their aid. During the heavy downpour, a portion of the bridge which connects the community to the road linking the Gbongan-Ibadan road gave way. Residents lamented that the collapsed bridge may have been due to heavy traffic increase on the road as a result of diversion since the commencement of the Olaiya flyover in February and also because the area was always flood prone due to the stream which flows into the River Osun. 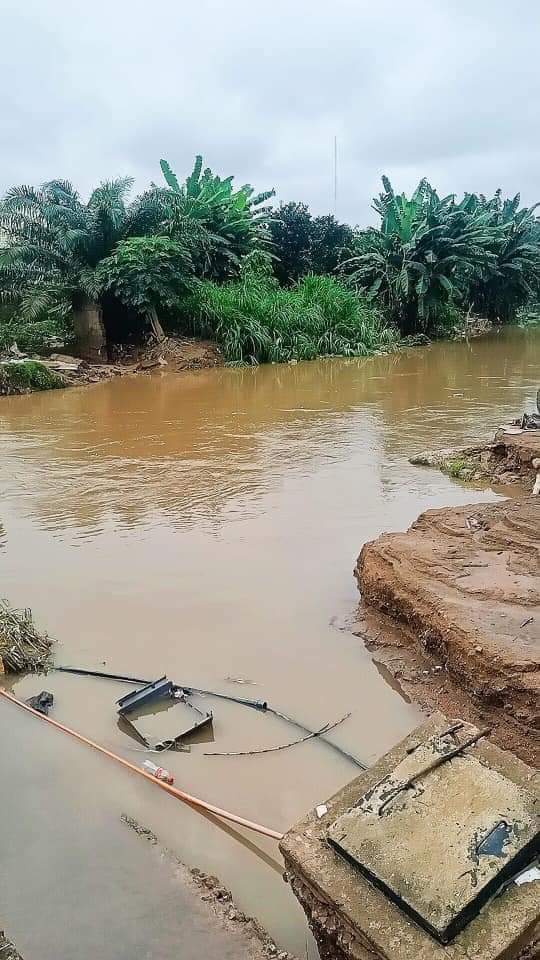 A business owner in the area, Lady Gold, stated that when she opened shop in the opposite street, there used to be a man who uses the water from the stream to wash cars but his business had to fold up as a result of the increase in the level of water in the stream which was not considered safe. She added that people who traded in sand also dredged from the river bed and made the stream their place of business. According to her, whenever the level of water reduces, they will come in large numbers and dredge but when the level increases they will disappear again. A resident, Mary Afolabi disclosed to DAILY POST that before the road diversion began, traffic on the road was only for cars and motorcycles but that heavy vehicles and constant traffic hold up have seriously impacted the bridge. She stressed that the sudden pressure on the bridge and increase in the water level of the stream underneath may have contributed to the collapse of the small portion. 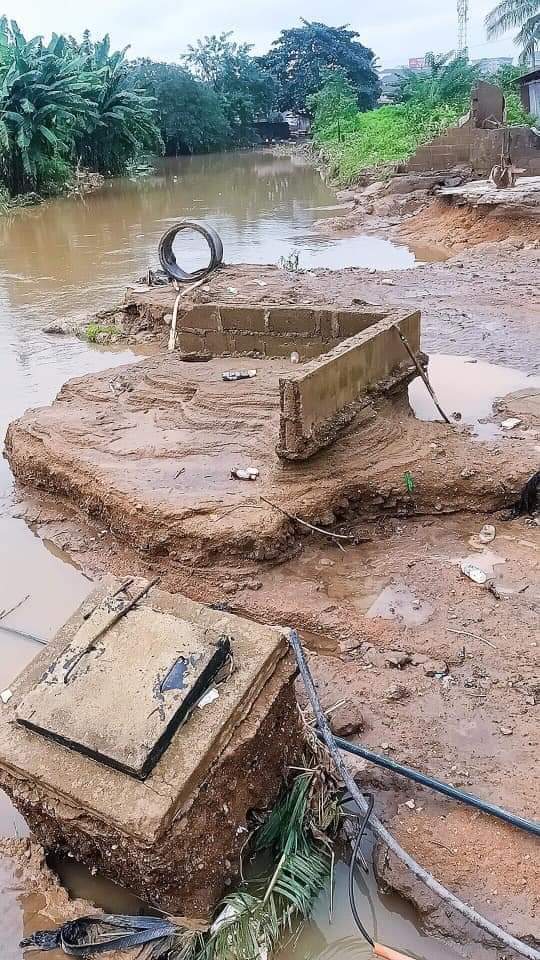 She also explained that if nothing was done to remedy the situation, there was the possibility of the bridge collapsing totally as there is already a sign to that effect which would cut the community in two and deny road users access to the route. Another resident, Yemi Adepoju, explained that the road was not constructed to retain heavy traffic adding that the government did not consider the impact of the diversion on the health and safety of the residents of the area. Emmanuel Ogunrinde was of the opinion that the road and the elevated section at Zenith Bank and Union Baptist Church, Odi Olowo were not constructed to carry the type of heavy traffics they are now carrying due to the diversion due to the diversion caused by the construction of Olaiya flyover. While calling for urgent action to be taken to avoid deterioration of the only alternative route to Alekuwodo/Oke Fia axis, he noted that the impact of the road diversions was now affecting these locations.