A TV presenter has been slammed after she appeared to mock Prince George for having ballet lessons.

Good Morning America Lara Spencer sniggered as she spoke about how Prince Geroge will be studying Ballet at school this year. Her co-hosts could also be heard giggling as she paused after revealing the subject.

As Lara made the statement, a picture montage appeared on the screen. It showed photos of the future king taken to celebrate his birthday.

Lara then poked fun, saying: “Oh he looks so happy about the ballet class.” 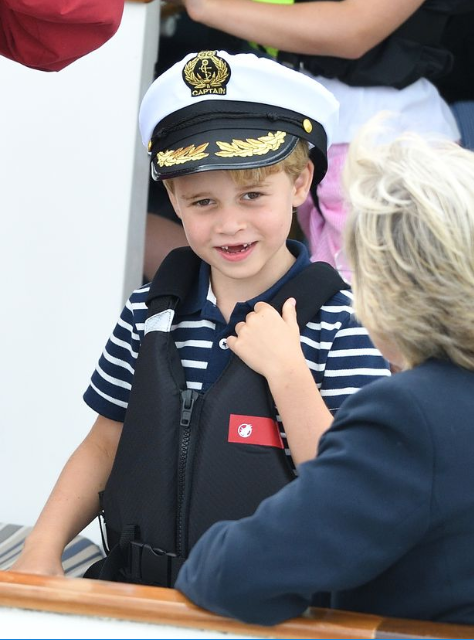 The comment was followed by giggles from the audience.

But viewers were “disgusted”  by Lara’s behaviour and they have branded her “shameful”. They are asking that the Good Morning America host, who once dressed up as Prince George for Halloween, should apologize to the royal family. 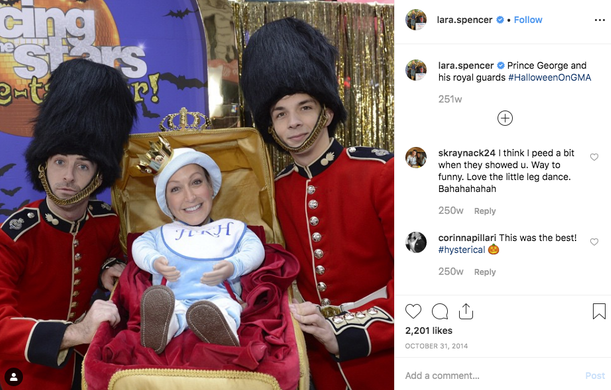 Prince George, 6, is returning to St Thomas’s Battersea school next month and his new curriculum will involve weekly ballet practice.

Mum-of-two Lara, 50, told viewers: “Young Prince George – just six years old – is heading back to school like so many other kids around the world. But unlike other kids his age it sounds like the third-in-line to the throne is in for quite a demanding year.

“Details of George’s curriculum have been released making us all really happy we don’t have to do homework anymore.

“In addition to the usual first or second grade things, like maths, science and history, the future king of England will be putting down the Play-Doh to take on religious studies, computer programming poetry and ballet among other things.

Fans and celebs have now rushed to Prince George’s defence and are urging Lara to apologise for seemingly mocking William and Kate’s son.

Renowned American dancer and choreographer Brian Friedman is among those who weighed in on the debacle.

Posting a clip of the TV segment on his Instagram, the former X Factor creative director said: “See this cute face, the future King of England? This adorable boy is being shamed by a grown woman on National Television in America for taking ballet!

“@lara.spencer you should be ashamed of yourself as well as @gstephanopoulos for laughing along & @goodmorningamerica for letting public shaming of young boys happen!

“Growing up as a dancer I was bullied horribly which is exactly what this is. She is teaching the word that it is ok to laugh at boys for dancing and that is so sad.

“Just think about the young boys who may have seen this and could quit their passion at her expense.”

Brian added: “It infuriates me and I would appreciate everyone sharing this and forcing a public apology to Prince George, The Royal Family, all male dancers and all dancers in general for being so insensitive.”

She said: “What a shameful, outdated, harmful attitude being broadcast to the masses.

“There should be nothing but encouragement for any male who chooses to try dance whether it’s as a fun hobby or for a future as a professional.”

Last year, Prince William told finalists of the BBC Radio 1’s Teen Hero awards that Prince George is a keen dancer like Princess Diana and had been loving his ballet lessons at school. Mirror UK reports.

One wrote: “I thought you and your network care about inclusion instead of bullying.

“By dismissing a young boy’s love of ballet you are insinuating that there is something wrong or abnormal with his study.

“Would you be making fun of Princess Charlotte for wanting to become a scientist? Then why is it ok to make fun of a child that enjoys one of the most beautiful, athletic, and incredibly difficult art forms that exist? Think it’s so easy, you try it.”