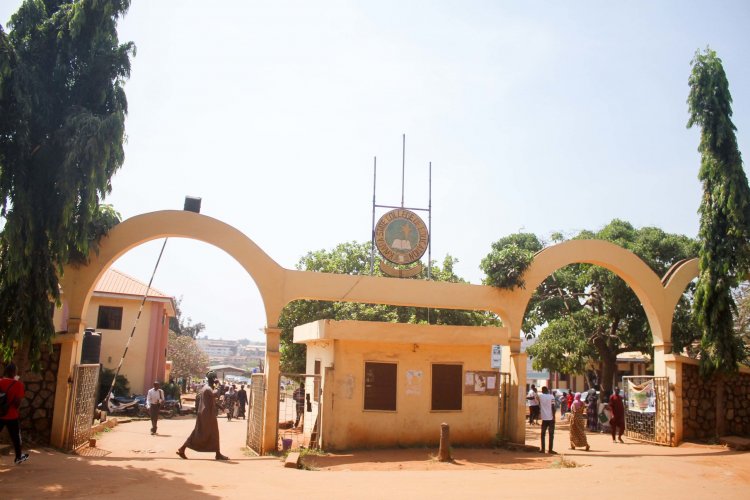 Students of the College of Education, Ilorin, in Kwara State on Wednesday protested the decision of their lecturers to stop ongoing examinations over non-payment of their salaries.

The protesting students held the Commissioner of Tertiary Institution, Afeez Abolore, the acting Provost, Dr Ahmed Jimoh Ayinla and other officials of the institution, hostage for about two hours.

One of the aggrieved teachers, who spoke to DAILY POST in Ilorin, said “the management is owing us full July salary and 40 percent of August salary and they refused to pay despite the fact that the students had paid their fees.

“The academic staff now refused to invigilate and also refused to allow any examinations to take place,” the teacher stated.

The students, who protested against the decision of their lecturers not to go ahead with the ongoing examination because of nonpayment of salary, chanted solidarity songs.

They had just finished taking the computer-based examinations and were expected to start the written examination Wednesday, October 19,2022.

The lecturers demanded that at least sixty per cent of the July salary should be paid, and threatened that failure to get alerts this morning will leave them with no option than to stop the ongoing examinations.

Commissioner for Tertiary Education, Dr Afeez Abolore, arrived at the institution on Wednesday morning and moved straight to the academic board room to hold meeting with the management team.

Reports indicated that while the meeting was ongoing, representatives of the students’ union entered the meeting venue uninvited and announced that they were giving the Provost a 10am ultimatum to resolve the issues and threatened to ‘strike’ if it was not done.

The angry students consequently carried out their threat, and held the commissioner and others hostage, and also vandalized the academic board building.

Sources said the students took the action to force the management of the institution to take necessary steps to resolve the issue.

“Chairman of the Senior Staff Association of the institution, Musa Mustapha and the Provost almost exchanged words during the governor’s visit on Friday.”

Some of the lecturers are of the belief that the Provost is not forthcoming when it comes to the welfare of staff while the governor was considered as one willing to do anything to improve their welfare.

Musa complained about some issues but the Provost cautioned him and the governor had to instruct the Provost to come up with the list of complaints and bring it to his table for attention (yesterday) Tuesday.

Sources said “despite the directive by the governor, the Provost did not act, hence the workers became naturally angry with him and the students definitely reacted based on what they were told.”

Nigeria has been hijacked by five set of people – UI don, Tade

Ortom does not profile Fulani, Atiku should place himself above ethnic chauvinism

ASUU declares lecture-free day as it gets set to shut down...