Thomas Partey’s first-half effort proved the difference as Ghana registered a 1-0 away victory over Zimbabwe in 2022 World Cup qualifying on Tuesday.

The Arsenal man’s free-kick earned the Black Stars a valuable three points in the Group G matchday four fixture at the National Sports Stadium in Harare.

The win has sent Ghana two points clear atop the table but the status could change when second-placed South Africa host Ethiopia in the other game of the matchday later on Tuesday. 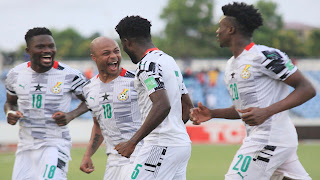