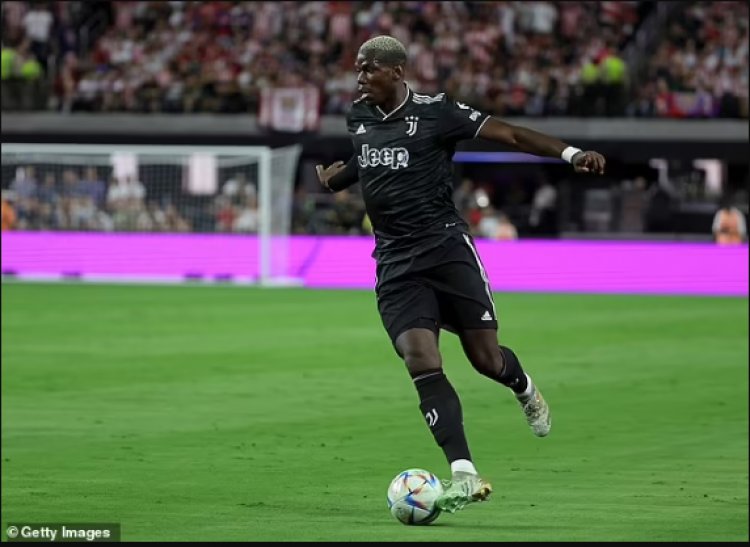 Paul Pogba is set for a lengthy spell on the sidelines after Juventus confirmed that the midfielder will undergo knee surgery.

Pogba returned to Juventus this summer following his departure from Manchester United but suffered a meniscus injury during pre-season.

Juventus manager, Max Allegri has now revealed that the French midfielder will likely not feature for his team until January.

Pogba returned to training for a second time on Monday September 5, but was unable to complete the session.

Allegri said: 'This morning Paul Pogba trained for the second time, but then stopped, and it was then decided that he undergo surgery. We will realistically get him back in January.'

“I hope we get him back before the World Cup. But there are 45 days to go until it starts. The World Cup isn’t my problem. Juve’s problem is he comes back in January.”

On Pogba being back before the start of November, Allegri added: “We’ve got to be realistic.”

Pogba is now a doubt to feature for France in the World Cup in Qatar, which takes places between November 20 and December 18.

During his initial spell at Juventus between 2012 and 2016 Pogba played 178 times for the club and scored 34 goals. He won four Serie A titles in addition to two Coppa Italias and one Supercoppa Italiana.

No one gave me any stinking money for an abortion - Media gal, Maria Okan, recounts...

He hasn’t given up yet – Tuchel hails Chelsea star after...