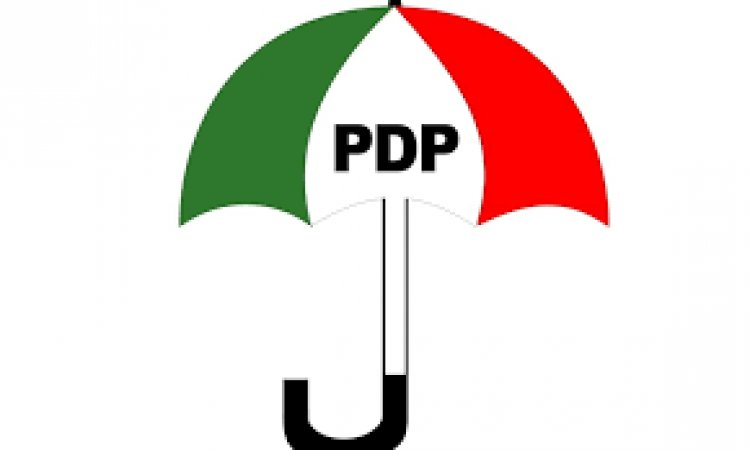 The Kwara State chapter of the Peoples Democratic Party, PDP, has condemned what it described as unwarranted harassment of its members in the state by the All Progressives Congress, APC, ruling government.

The condemnation is coming on the heels of the recent invitation extended to the state chairman, secretary and legal adviser by the Department of State Security, DSS, and the state Police Command on alleged plans to cause trouble at the Eid praying ground during the Eid-el-Fitr prayers in Ilorin raised by the APC.

Reacting to the development in a strong-worded statement in Ilorin, the state Publicity Secretary of the party, Prince Tunji Moronfoye, said “We at the Kwara State PDP, understand and know where such preposterous accusations originated from.

“We recall without relish, the unfortunate humiliation of Malam Abdulrahman AbdulRazaq at the same Eid praying ground last year during the Eidel-Kabir celebration where he was ignored by the masses, while a thunderous welcome greeted the former Senate President and state governor, Dr Bukola Saraki.”

Part of the statement reads; “It has come to the attention of the kwara state branch of the Peoples Democratic party (PDP) that some of its members have been invited by the Kwara State police command to clarify some allegations raised by the APC/ Kwara state government for questioning.

“The Chairman of the state PDP, the Secretary and legal Adviser were also invited by the Department of state services (DSS) on the same issue. Our members were questioned about plans to cause trouble at the Eid praying grounds during the Eid el-Fitr prayers.

“Nothing could be further from the truth. We are law abiding citizens and our singular goal is to win elections in line with, the legal tenets of democracy.

“The executive governor, Mal. Abdulrahman Abdulrazak perhaps has not forgotten that slight till this day.

“Today, the Kwara state Police Command has banned political campaigns and celebration of politicians by their adoring constituents at the Ilorin Eid prayer ground during this year’s Eid-el-Fitr.

“Clearly, this is a bid to forestall or prevent another humiliating episode of the governor, Mal. Abdulrahman Abdulrazak.

“While we do not expect that a holy ground such as the Eid prayer ground should be turned to a place of political campaigns or rambunctiousness, there are instances where excitement of devoted constituents can not be contained, an instance of this is the spontaneous and electrified welcome given by the masses to the Emir of Ilorin when he arrives the Eid prayer ground.

“We will like to remind the APC and by extension its government in the state, that Dr. ‘Bukola Saraki never makes appearances at the Eid grounds during the Eid-el-Fitr celebrations, and this was the case for the entirety of his tenure as state governor as well as the years following his tenure.

“The fear driven directive to cage the people in what should be a joyous occasion is unnecessary. The egos of leaders should not impinge on the rights of the led. The governor needs not fear a repeat humiliation at the Eid prayer ground this year. Dr. Bukola Saraki will celebrate the holy festivities of the Eid al-Fitr in the manner he has always celebrated it – privately.

“In conclusion, we at the PDP see this unwarranted harassment of our members as a means of heating of the polity by the APC party Government.

“We would like to advice the governor, Mal. Abdulrahman Abdulrazak to focus on people oriented projects, not the white elephants projects and other expensive failures that have gulped the state’s resources, if he wants to be hailed or celebrated like Dr. ‘Bukola Saraki.

“The Kwara state government led by Mal. Abdulrahman Abdulrazak must forget personal vendettas and wake up to its responsibility of providing the necessary infrastructure that enables development and social amenities for Kwarans to lead better lives if it wants to be on the right side of history.

“The abysmal state of our roads and huge mountains of garbage that serenades our streets are a great example of ineptitude and the incompetence of the current administration.

“On a last note, we also implore, Mal. Abdulrahman Abdulrazak to spend budgeted funds on securing lives and properties to mitigate the current security situation in the state. Kwara deserves better,” the spokesman added.

Son and Kane fire Spurs up to fourth