Acting spokesperson of the command, DSP Bright Edafe, who disclosed this in a astatement on Sunday, July 11, said a 25-year-old female identified as Hope Agbogidi, was among the suspected cultists arrested.

“On the 7/7/2021 at about 1400hrs, in line with Commissioner of police directives on cult activities, bearing in mind that 7th July of every year is the day singled out by Aiye contratanity cult group to mark their day and also bring out their ugly faces thereby causing mayhem in the society,” he stated.

“The Commissioner of Police in his usual proactive ways, directed that all DPOs be on the lookout and ensure that all their nefarious activities must be checkmated. The DPO ‘A’ Division Warri, CSP T.Y Mahmud led men of the Divisional Rapid Respond Squad on visibility patrol, while on patrol, they intercepted and arrested one Oghenewaro Bebe ‘m’ 21yrs of No. 22 of Ughoton area in Okpe LG in a full regalia of Aiye Black Axe confraternity.

The suspect confessed to be a member of the above cult group. He led the team to a bush bar at Jeddo which is their meeting point. At the bush bar one live silver like 7.63mm ammunition was recovered. The suspect further led the police to Ughoton community where one of the top leader of the confraternity Oritsetusem Fenemigho ‘m’ 29yrs is residing.

The said Oritseusen Fenemigho equally led the team to Idimi Osobo under Okere Urhobo where they recovered the suspected stolen car. Investigation is ongoing,” Edafe added. 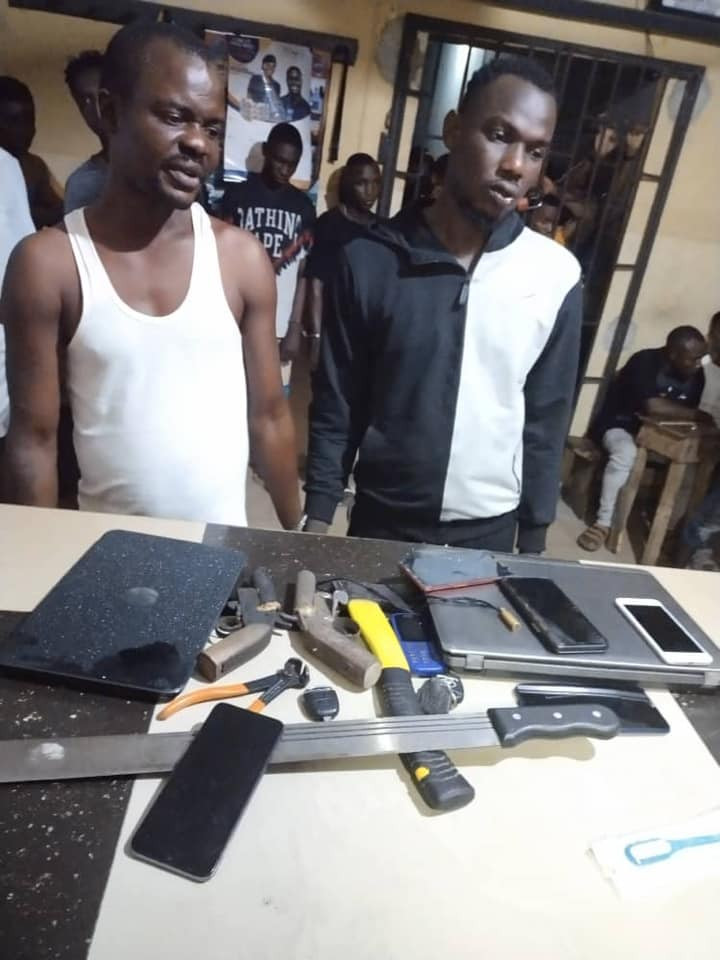