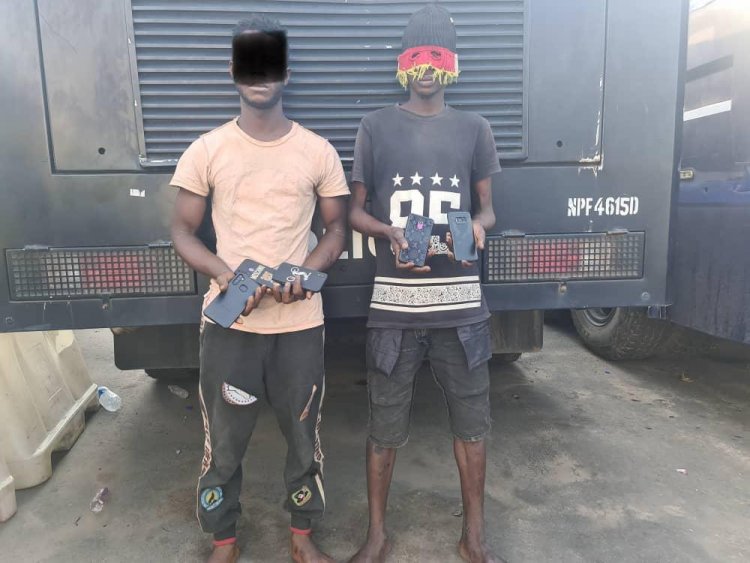 A team of crack detectives has arrested a three-man gang notorious for dispossessing motorists of their belongings around Abiola Garden, Ketu/Ojota Road, Lagos.

The suspects, Kareem Ahmed ‘m’ aged 26, and Afo Emma ‘m’ aged 24 were found with 5 stolen android phones, a jack knife, a cutlass, a mask, and weed suspected to be Indian hemp.

The suspects are currently assisting the Police in an ongoing investigation aimed at arresting other criminal elements in the axis.

The arrest follows repeated complaints from motorists on the activities of these miscreants along the Ketu/Ojota Road.

Confirming their arrest, SP Benjamin Hundeyin, spokesperson of the state police command, said the state Commissioner of Police, CP Abiodun Alabi, has directed that efforts be sustained in all identified black spots in the state towards ensuring that all miscreants in these areas are apprehended and dealt with in accordance with the law.

The most corrupt regime in the history of Nigeria - Bishop Oyedepo attacks Buhari...