Former President Olusegun Obasanjo, on Monday, called on the old generation of Nigerians to give way for the younger generation to build a prosperous nation. According to him, rather than compete, the old generation should collaborate with younger people and provide them with the requisite knowledge and experience to transform the country. Former President Olusegun Obasanjo, on Monday, called on the old generation of Nigerians to give way for the younger generation to build a prosperous nation. According to him, rather than compete, the old generation should collaborate with younger people and provide them with the requisite knowledge and experience to transform the country. Obasanjo stated these in his capacity as Chairman while speaking virtually at the 2022 annual lecture of the Murtala Muhammed Foundation with the theme, â€˜Beyond Boko Haram: Addressing insurgency, banditry and kidnapping across Nigeriaâ€™. During the event, the guest speaker and Governor of Ekiti State, Dr Kayode Fayemi, suggested a national response to stem the tide of insecurity in Nigeria. Also, the Chief Executive Officer, MMF, Aisha Mohammed-Oyebode, said the organisation was committed to improving the socio-economic development of Africa in line with the dreams of her father and late Head of State, General Murtala Mohammed. She said the MMF, through its programmes, â€œhas made notable impacts in the lives of people, especially the marginalised, disadvantaged and vulnerable, in addition to contributing to promoting good governance and empowerment in line with its vision and mission.â€ Obasanjo, in a veiled reference to the old generation of politicians jostling for the Presidency in 2023, was responding to the lecture by Fayemi that he was in primary school when the late Murtala Mohammed directed the affairs of the country. The former President said, â€œWe need to have an intergenerational collaboration. Fayemi said he was in primary school when Murtala and Obasanjo were there. So, if people of the Murtala/Obasanjo era are competing with you as governor, then, something is wrong. â€œThe Murtala/Obasanjo group should be stepping aside. Whatever experience and knowledge we have, we should be able to give it to you and you should be able to give it to those coming after you, so that whatever you have, you are passing it down to those who are coming behind and not to start competing with you, but to make you have access to what will make Nigeria better.â€ Obasanjo blamed insecurity in the country on access to weapons after the Nigerian civil war. He stated that beyond the crisis caused by the controversial Sharia law, unemployment was also contributing to insurgency in the country. The former President also said that his fear about Boko Haram had materialised with the groupâ€™s links to international terrorists organisations. Obasanjo said, â€œThe insecurity in the country was caused by the ease of access to weapons after the civil war, and since then, we have been unable to address the issue; it keeps getting worse. â€œIn 2011 when Boko Haram was just showing its ugly head, I went to Maiduguri to try and find out a little bit more about Boko Haram and to also find out what their objective was, apart from being interested in Sharia. They also complained that their followers had no jobs and stated their efforts to get something legitimate to help their members. â€œIn the process, the government started chasing them and gunning them down. â€œWhat I feared at that time seems to have been happening. At that time, Boko Haram had not many external connections; the ones they had were Nigerians who had resources abroad, who were helping them. My fear then was whether we would be able to keep them away from Al-Qaeda and other international terrorist organisations. â€œWe seem not to have been able to do that which has made the situation worse.â€ He advised that more attention should be paid to out-of -school children in the country as they constituted more threat to the country in the future. Obasanjo said, â€œThe Nigerian population today is about 215 million and 15 million children are not in school; it doesnâ€™t matter how we deal with insecurity, either by stick or carrot approach. Those children are the potential Boko Haram 10 years from now. â€œIf we donâ€™t do anything about those children, we are already nurturing the Boko Haram of tomorrow. We need to look back and reinvent. When you look at some of the things we are doing, then you wonder why we are not succeeding. This is because we are doing the same thing all the time. â€œThings that we did the last time that didnâ€™t pay us are the same we are repeating. The idea of treating symptoms rather than the disease will not get us anywhere. â€œThe disease of Boko Haram and banditry are those things that people expect; they want a good life; they want to get a job; they want education; and they must be given for as long as they are denied these, they will be right to make a demand on society, which it must give to them willingly or unwillingly.â€ Fayemi called for a national response to tame insecurity in the country. He said, â€œThe leadership in most affected states in the North-East, especially Borno, has been up to the task in terms of its response to forging a new compact between state and society. Yet, it is clear that what is required is a comprehensive national response and not an isolated state strategy. â€œI believe this must also include a whole country sensitisation programme that understands and subliminally internalises the problem as one that will consume all if not addressed and not a challenge that is exclusively Borno or Kanuri-centric.â€ 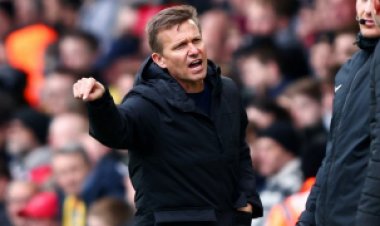 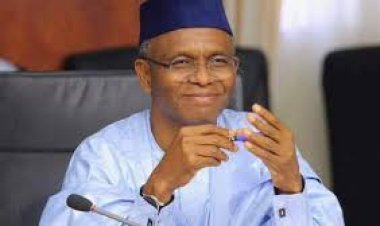