Post-insurgency recovery: Buni, Zulum, others on study tour to Japan 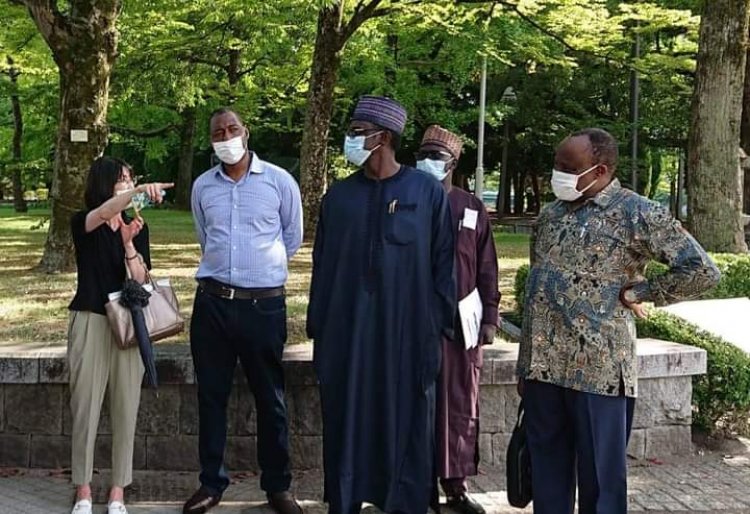 Mamman Mohammed, Director-General Press and Media Affairs to Gov. Buni, disclosed this in a statement issued on Wednesday and made available to DAILY POST.

The statement noted that the study tour coordinated by the United Nations Development Program (UNDP) and the Japanese International Corporation Agency (JICA) was to equip Yobe, Borno, and Adamawa state governments with a sustainable post-insurgency recovery process.

According to the statement Govs Buni, Zulum, and a representative of the Adamawa State Government noted that the Hiroshima experience would contribute to fast-tracking peace-building and recovery processes from the horrific Boko Haram insurgency in their respective states.

Gov. Buni also discussed areas of interest to the state which include education, agriculture, humanitarian and livelihood support as well as youth empowerment and skills acquisition.

The delegation also had discussions on the Japan-Nigeria Parliamentary Friendship league, a lecture series on the history of Hiroshima, peace-building, and recovery.

The governors paid a courtesy call on the Vice President of JICA, the Deputy Governor of Hiroshima city, and the Nigerian Ambassador to Japan.

Invasion: No plans to engage in military support for Ukraine,...