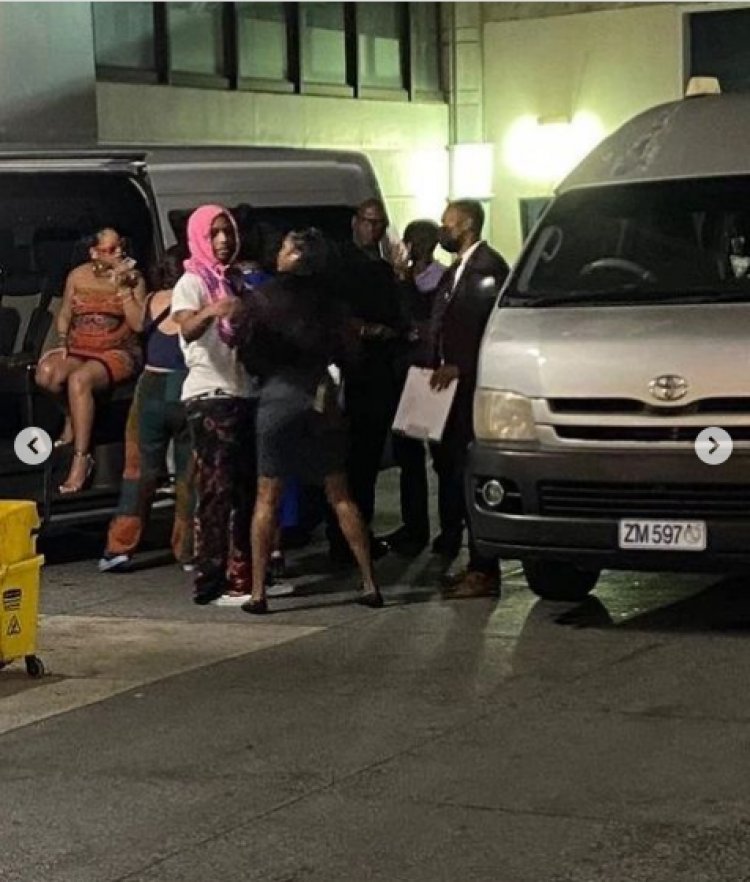 Pregnant Rihanna and her boyfriend A$AP Rocky have brushed off split claims as they were spotted together at an airport in Barbados on Friday.

The outing comes as Fenty footwear designer Amina Muaddi, who was accused of having an affair with A$AP Rocky during Rihanna's pregnancy,  fiercely denied the allegations. 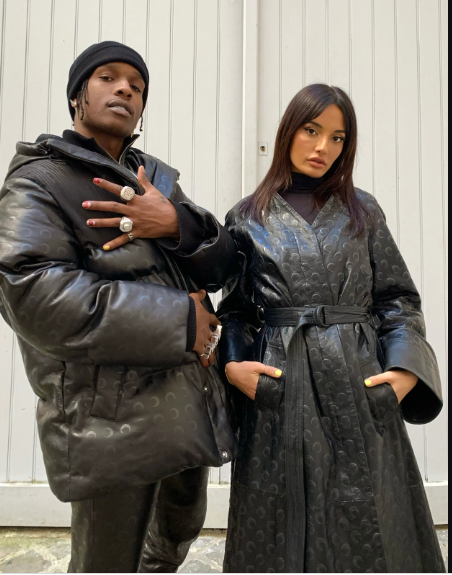 Shoe designer Amina Muaddi took to Instagram on Friday to issue a statement after social media was alight with claims the rapper, 33, had cheated on the heavily pregnant singer, 34, with her.

She wrote: 'I've always believed that an unfounded lie spread on social media doesn't deserve any response or clarification, especially one that is so vile.

'I initially assumed that this fake gossip - fabricated with such malicious intent - would not be taken seriously.

'However, in the last 24h I've been reminded that we live in a society that is so quick to speak on topics regardless of factual basis and that nothing is off limits.

'Not even during what should be one of the most beautiful and celebrated times in one's life. Therefore I have to speak up as this not only directed towards me but it is related to people I have a great amount of respect and affection for.

'While Rih is continuing to live her serene, best-dressed pregnancy life and I go back to my business - I wish everyone a beautiful Easter weekend!' 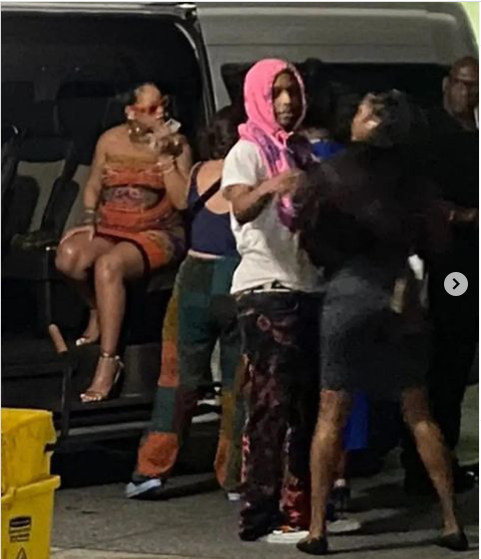 Viral reports of Rihanna and Rocky splitting after she allegedly caught him cheating with the shoe designer during Paris Fashion Week.

Kurro, a prominent Hollywood tabloid had claimed that the pop singer, who is currently pregnant with her first child allegedly caught ASAP Rocky cheating with Fenty footwear designer Amina Muaddi

Kurro affirmed the following: “Rihanna and ASAP Rocky are rumoured to have broken up.”

“Apparently, Rihanna dumped him after discovering he was having an affair with Fenty footwear designer Amina Muaddi.”

Rihanna and ASAP Rocky made headlines together when they announced they were having a child together in February 2022.

Singer Harrysong shares chat between him and his alleged...

Old Enough to Know Better, but still Young Enough to get...