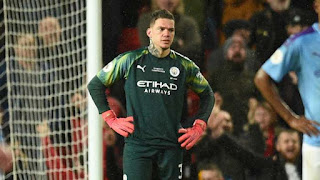 England’s top flight has been dominated by Liverpool and the Citizens over the last two years, but the Brazilian doesn’t see it like that this season

Manchester City goalkeeper Ederson has predicted the tightest Premier League in years, with the Brazil international suggesting that “six or seven sides” could compete for the title.

Liverpool ran away with the crown last year, while the season previous it was duel between the Reds and Ederson’s City.

Ahead of a clash between the two chief protagonists over the last two years, the shot-stopper believes that the field will be far more open this term.