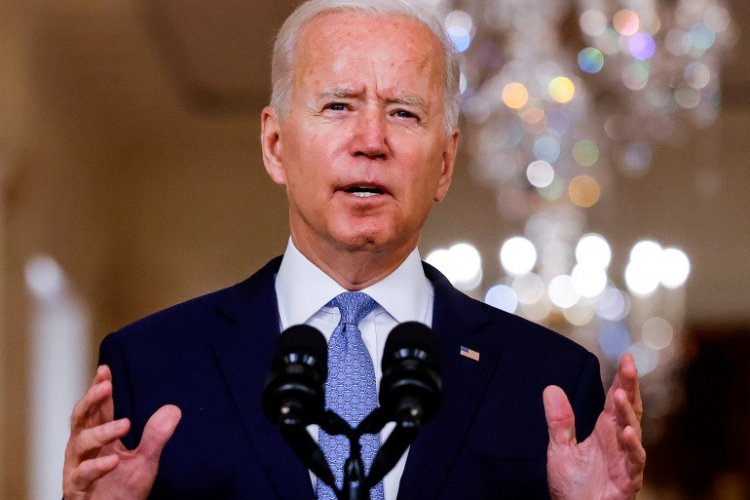 President Biden has made a U-turn over his call for regime change in Russia following the invasion of Ukraine by troops ordered by Russian President Vladimir Putin.

The U.S. president was asked by a reporter as he was leaving Holy Trinity Church in the Georgetown neighborhood of Washington D.C. on Sunday.

'Mr President do you want Putin removed?', the reporter asked. 'Mr President were you calling for regime change?' they asked, to which Biden turned to the camera and yelled 'no!' before getting into his motorcade.

Less than 24 hours earlier, Biden said: 'For God's sake this man cannot remain in power,' in a shocking apparent call for regime change in Moscow

Biden made the call at the end of an impassioned speech from Poland on Saturday.

France's President Emmanuel Macron on Sunday also warned against an escalation 'in words and action', hours after Biden branded Putin a 'butcher' who 'cannot remain in power'.

Macron, a close US ally who has also spoken frequently with Putin since the invasion, warned the West not to 'escalate in words or actions' - or risk hampering vital humanitarian efforts, including hopes of evacuating the devastated Ukrainian city of Mariupol.

His warning against an escalation in the conflict came during an interview with broadcaster France 3, in which the French leader said he is focused on trying to broker a peace deal between Kyiv and Moscow, and a diplomatic end to the war.

'I wouldn't use this type of wording because I continue to hold discussions with President Putin,' Macron said on Sunday. 'We want to stop the war that Russia has launched in Ukraine without escalation -- that's the objective.'