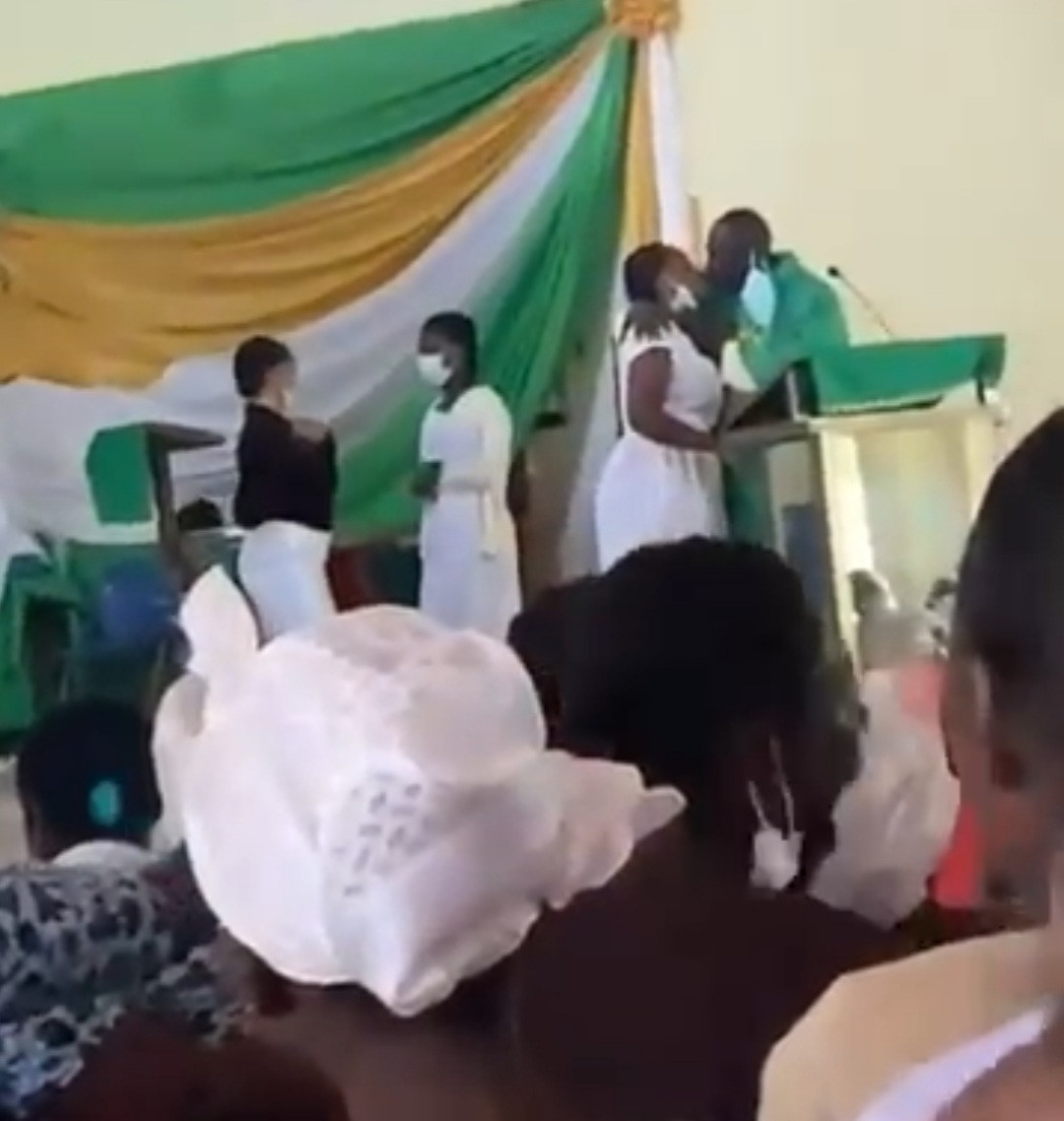 A video of a priest kissing at least 3 female students of St. Monica College of Education in Ghana has gone viral.

In the video, the man, said to be an Anglican priest, is seen at the altar, giving the girls kisses on their lips, one after the other, while congregants watched and screamed in excitement.

One female student appeared reluctant and refused to pull down her face mask, but the priest drew her close, helped her pull down her mask and kissed her for seconds, despite the girl’s discomfort.

People are now asking that the priest be investigated.