Prince William and Harry have appeared in public together for the first time in more than a year at their grandfather Philip’s funeral at Windsor Castle.

The princes, who were dressed in suits did not stand shoulder to shoulder behind the Duke of Edinburgh’s coffin but walked beside their cousin Peter Phillips to the St George’s Chapel for Prince Philip’s funeral this afternoon. 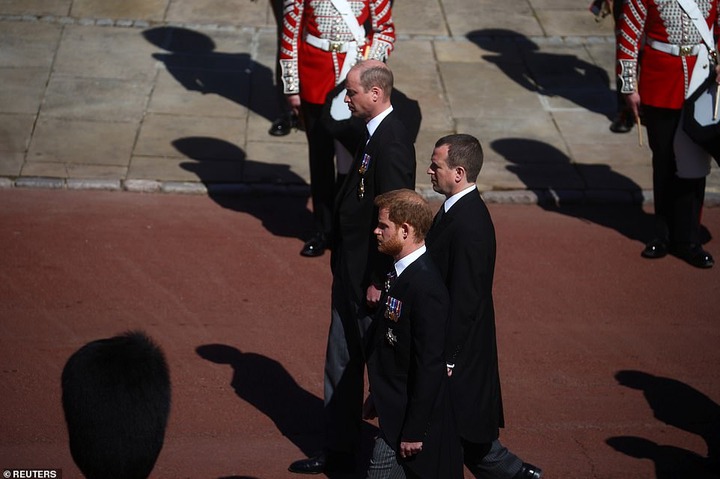 William, 38, and Harry, 36, are among nine members of the Royal Family who walked behind their grandfather’s typically unique coffin this afternoon, leaving the Sovereign’s entrance at Windsor Castle at precisely 2.45pm. 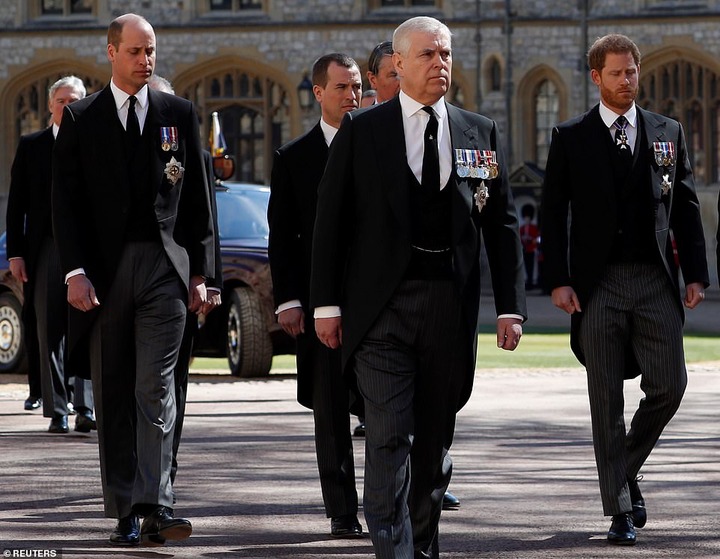 It’s the first time Harry and William have been seen together since March 2020, when they attended a Commonwealth Service at Westminster Abbey with other royals. 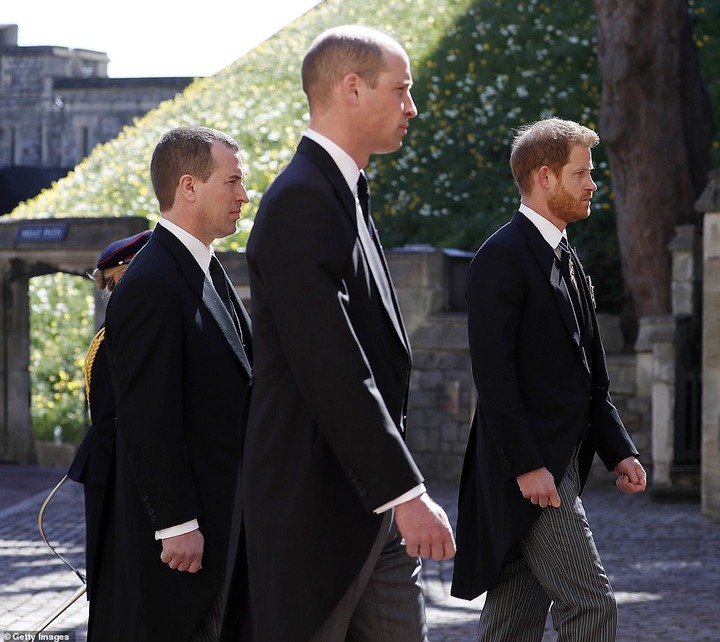 Royal aides have been ‘walking on eggshells’ as they try to navigate the rift between the brothers, sources said last night as tensions remain following Harry and Meghan’s acrimonious split from the Royal Family last year. 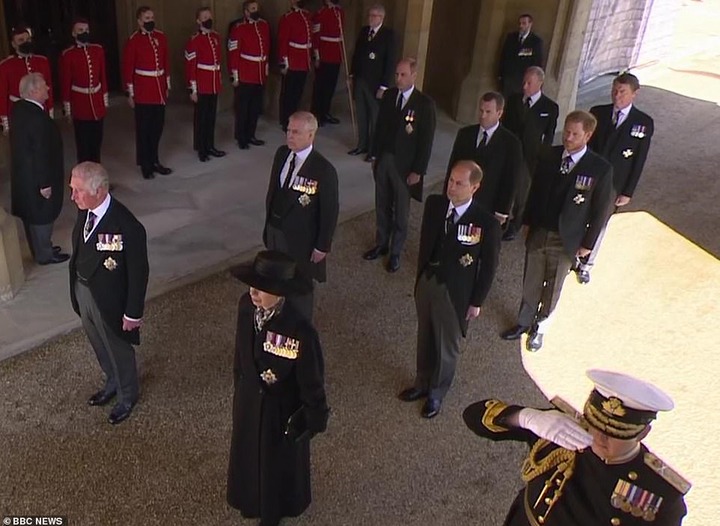 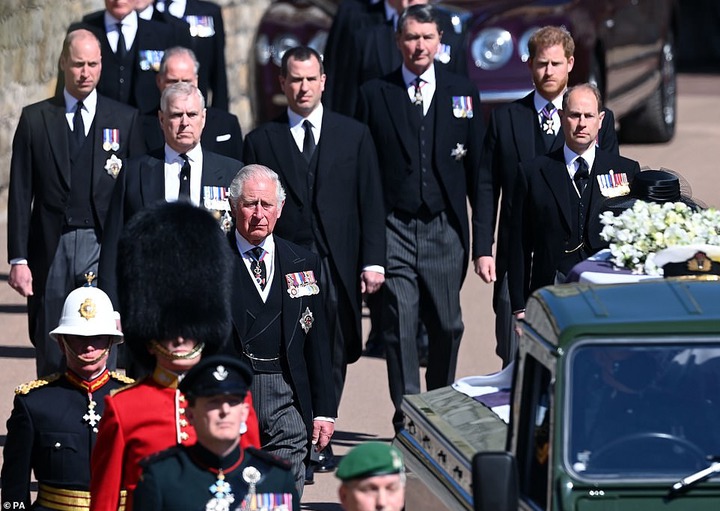 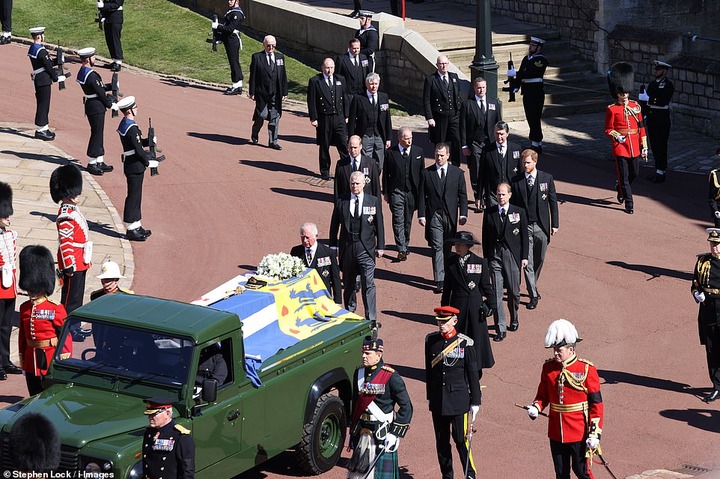 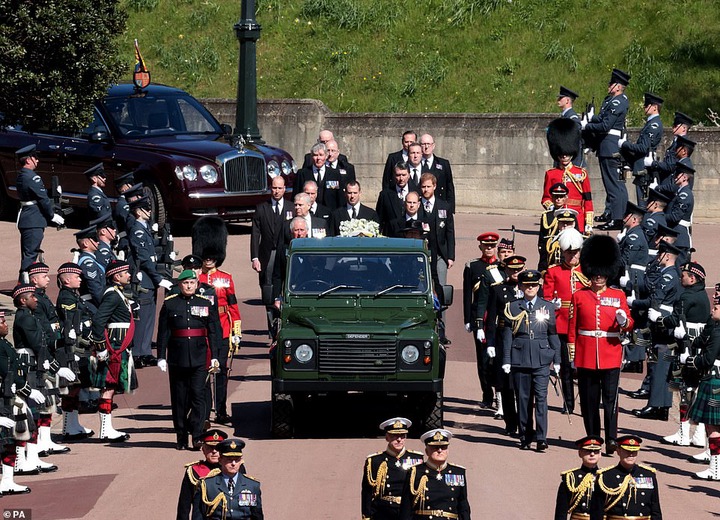 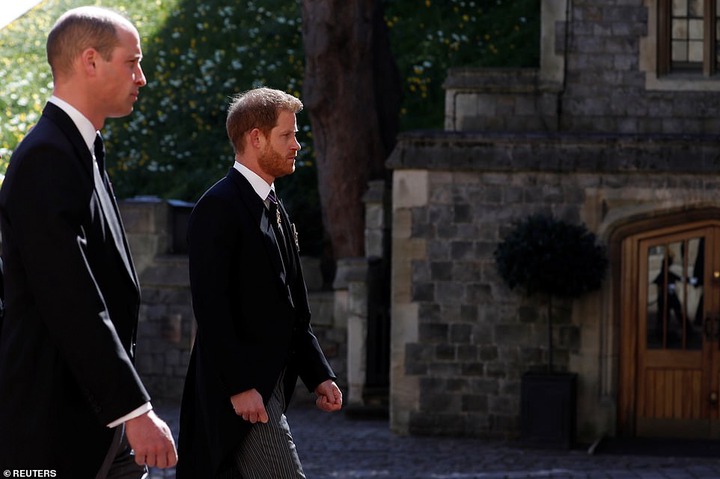 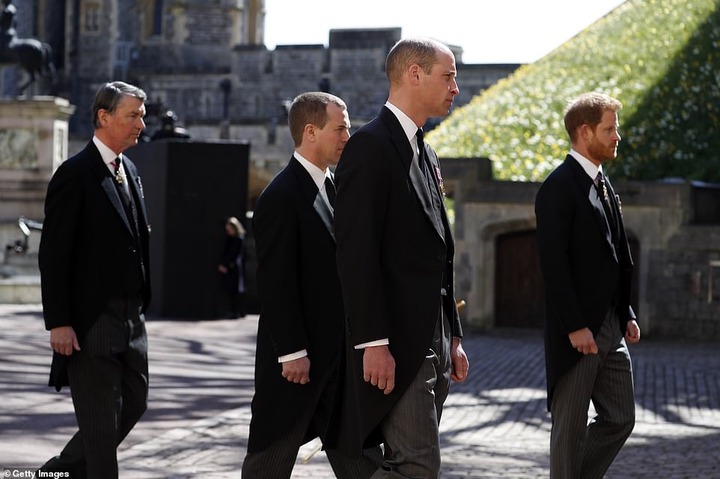