Ligue 1 champions Paris Saint-Germain have announced a new partnership with the estate of the late American rock star Prince.

The Parisian club will release a new vinyl containing some of the singer’s music, as well as a range of clothing.

The deal, which was announced in a YouTube video from PSG, will see the French club celebrate the life of Prince – who passed away in 2016 – with the artist having previously lived in Paris and performed a concert at Parc des Princes, the club’s home stadium. 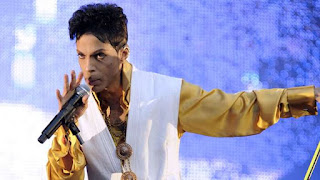