R. Kelly has been arrested on criminal sexual abuse charges, after the popular singer surrendered to police in Chicago.

He turned himself in after being charged with sexual abuse of 4 girls, at least 3 of whom were minors.:

Crepeau posted a video of Kelly surrendering to police earlier this evening, accompanied by his lawyer Steven Greenberg. 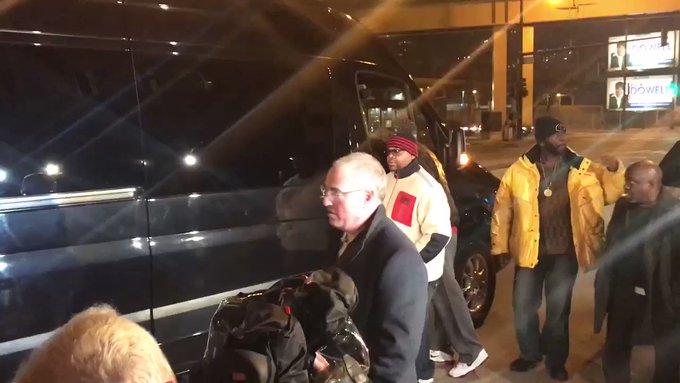 Prosecutors in Chicago yesterday hit R. Kelly with 10 counts of aggravated criminal sexual abuse Friday morning, and 9 of the 10 counts involve alleged victims ranging in age from 13 to 16 years old. There are 4 alleged victims in total, and one of them is the subject of 4 different counts.

The indictment follows the report that a new videotape of Kelly sexually assaulting a 14-year-old girl was provided to the Cook County State’s Attorney’s Office in Chicago by lawyer Michael Avenatti. Avenatti told CNN that the tape was provided to him by a man he described as a “whistleblower.” The tape, viewed by CNN, reportedly shows Kelly performing multiple sex acts with a girl. Both of them allegedly refer to the girl’s body parts as “14-year-old” in the tape.

Backlash to R. Kelly increased following the release of the Lifetime documentary series “Surviving R. Kelly,” with artists who had previously collaborated with the singer (such as Chance the Rapper, Lady Gaga, and Phoenix) publicly speaking out against him. After sustained protests, Kelly was dropped by his record label RCA in January 2019.