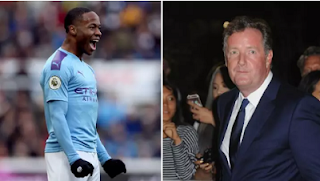 Raheem Sterling has laughed at Piers Morgan for the tv presenter’s comments from five years ago when the forward moved from Liverpool to Manchester City.
Five years ago today Sterling made a controversial move from Liverpool to City for an initial £44 million, after deciding he no longer wanted to play for the Reds.
At the time the move was certainly met with a mixed reaction, with Liverpool selling a teenager who had one excellent season with them and replacing him with Christian Benteke, a proven goalscorer, for less money.
Sterling dragged up one specific piece of criticism of his move from Morgan, who is definitely an aardvark.
In fairness to Piers, he isn’t the only one who absolutely embarrassed themselves when Sterling chose to move, although he has also been vocal about the 25-year-old on other things, including his tattoos.
The City forward also linked to an Instagram post from ‘Wonderkids’ with some of the other outstanding quotes about his move to the Etihad Stadium
In Sterling’s first season at the Etihad he only scored six goals in the league as City finished well off the pace in fourth place, only beating rivals Manchester United into the Champions League on goal difference.
Pep Guardiola came in that summer and the England international had a poor Euros in France and talk of him not making it under the new manager was popular.
However the former Barcelona boss has only done good things for the forward’s career and he has now added more goals to his game and become an integral part of two title wins, including the record breaking 100 point season.
Things didn’t go as well for Benteke at Anfield though as the striker scored just 10 goals in all competitions during his only season at the club, with the arrival of Jurgen Klopp early in the season, replacing Brendan Rodgers, seeing the forward spending most of the campaign on the bench.
He moved to Crystal Palace and scored 15 league goals in his first season in south London but since then the striker has been out of form.
Sterling keeps going from strength to strength, making aardvarks out of everyone! 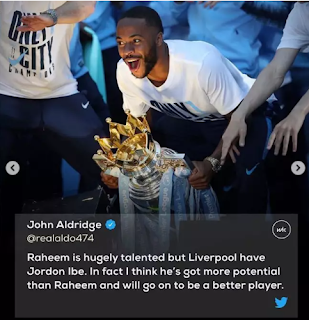 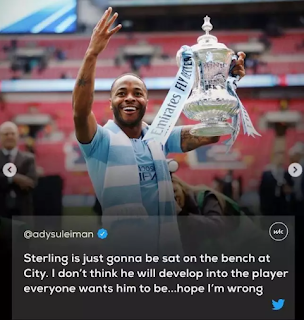 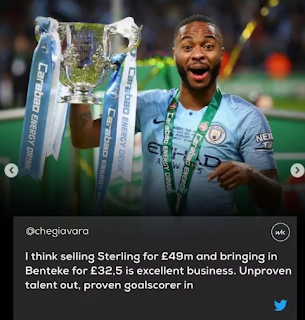 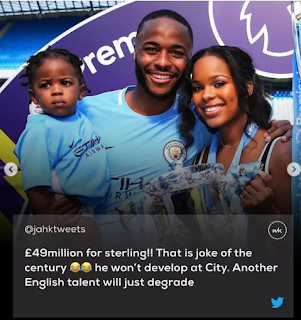 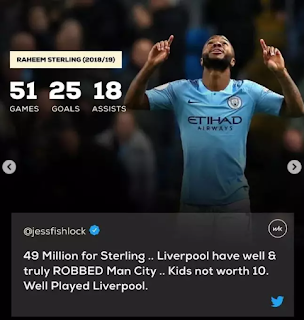