Skip to content
Cristiano Ronaldo’s former club has reacted to his r*pe case, as they plan to sue a newspaper over the matter. 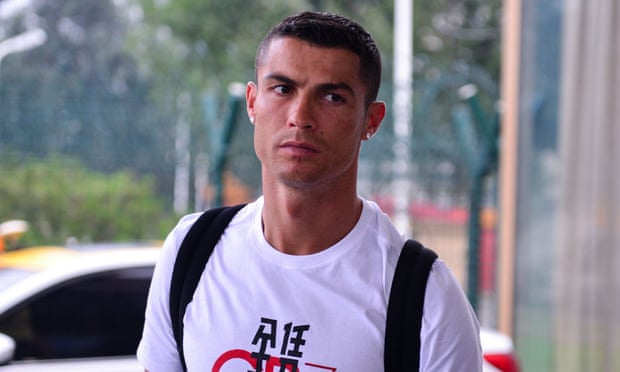 C. Ronaldo
Real Madrid have taken legal action against a Portuguese newspaper that reported the club forced Cristiano Ronaldo to settle with the woman who accused him of r*pe.
Real said the information published by Correio da Manha is “categorically false” and was printed in an effort to “seriously damage the image of this club”.
Real said they have “absolutely no knowledge of any of the information that the newspaper published with regard to the player Cristiano Ronaldo, and therefore the club was unable to take action on a matter of which it had no knowledge.”
Correio da Manha published an article on Wednesday saying that part of Ronaldo’s defence will be to say that Real forced him to settle. It said Ronaldo was against settling and always declared his innocence.
The newspaper said it stood by what it published and that everything that went into the article was checked.
Kathryn Mayorga filed a lawsuit late last month in Nevada saying she was raped by Ronaldo in Las Vegas in 2009. Police have reopened an investigation.
The 33-year-old, who spent nearly a decade at Real before joining Juventus in this summer, has strongly denied the accusation, claiming such a crime was“against everything that I am and believe in”.