The reality star flaunted her body after she went under the knife to enhance her curves and opinions have been divided.

Ugezu, reacting, said Nina’s body “is not the real thing”. He added that “real men will not be attracted.”

He was called out for his statement, but he hit back at the trolls, writing, “Identify evil and call it evil.” 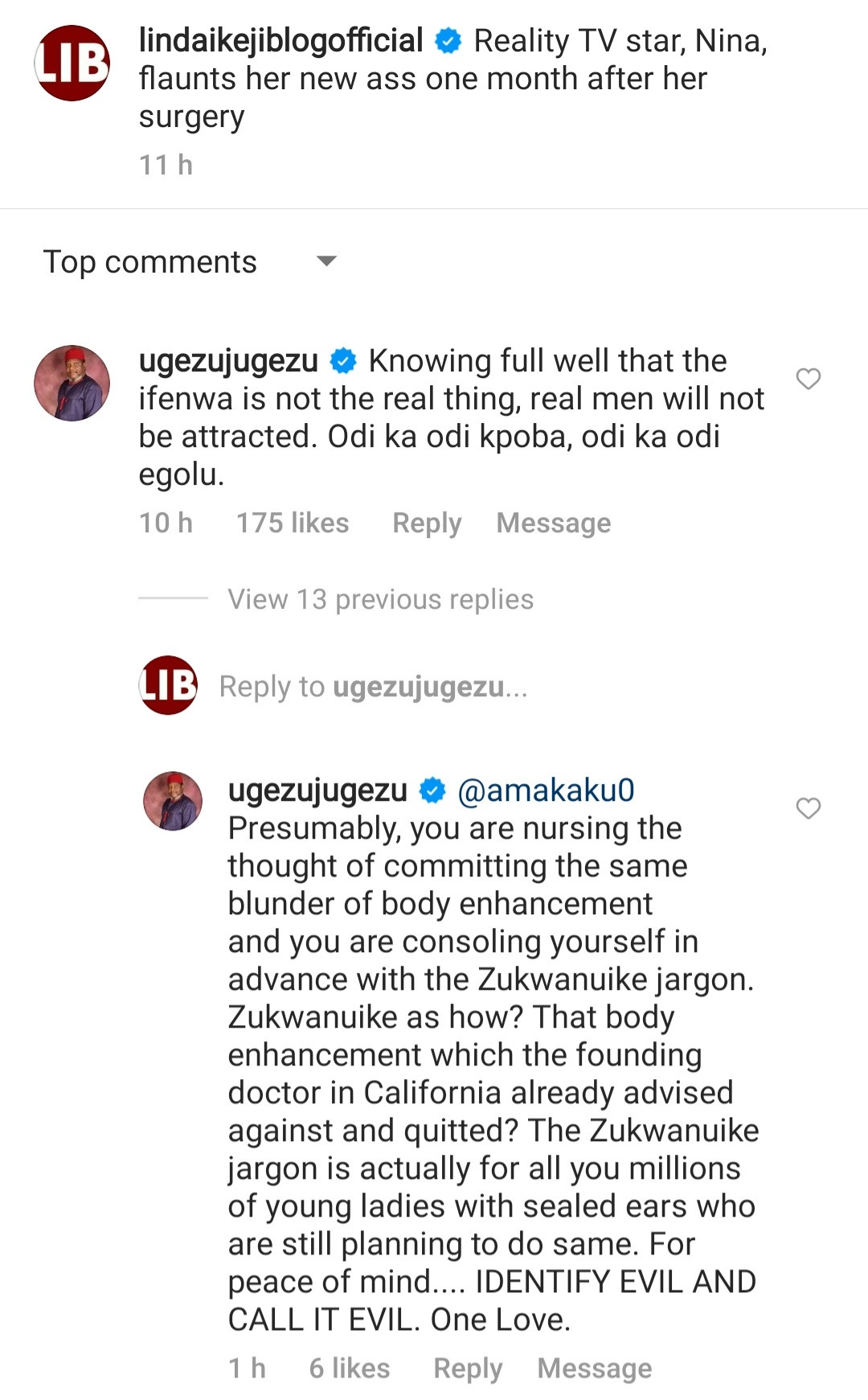