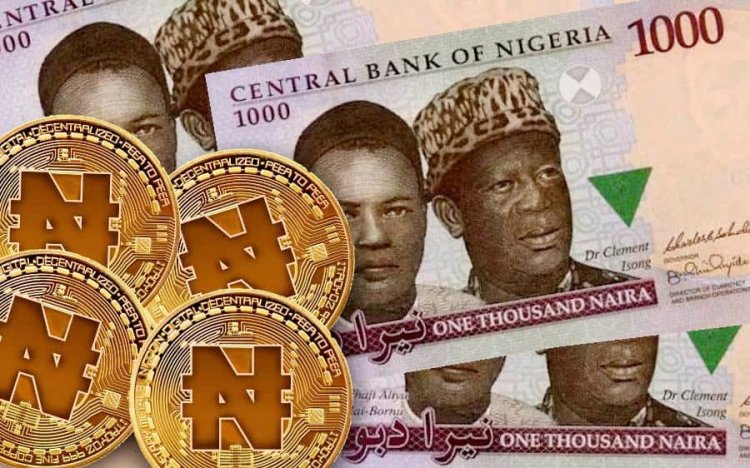 A coalition of over 73 civil society organisations in Northern Nigeria under the auspices of Concerned Northern Forum (CNF), has opined that the move, as announced by the Central Bank of Nigeria (CBN) Governor, to redesign and print new currency notes considering its economic implication is a way to plunge Nigeria and Nigerians into more economic dept and crises that would require many years to resuscitate.

Briefing newsmen in Kaduna on Thursday, the spokesman of the forum, Comrade Abdulsalam Moh’d Kazeem, said, “The redesigning of the three (3) denominations of the naira notes by the Central Bank of Nigeria owing to the reason that the banks are not in possession of as much as 80% of the amount in circulation is not only a joke but a total rejection of the realities of the many failed policies of the CBN. It is infact impossible to find all monies in a country in the bank at a particular time because of the distance of banks and the peculiarities of every business and people.

“There is also no law against saving and keeping one’s money and transacting business outside the purview of the banks. Banks have always been perceived by our people as the creation of the elite used to run businesses and make profits from the savings of the ordinary masses.”

According to the spokesman, the redesigning of the Naira notes would bring nothing good neither will it improve the lives of the people and region except hardship which the vast majority of the people are already witnessing, saying that the prices of food and other daily items used and consumed by the people have increased beyond control and the probability of the increase in crime rate is high due to the bad financial policy of the apex bank.

The forum wandered how the banking system could be trusted when there is lack of confidence by Nigerians due to the numerous deductions and charges the banks have introduced under the supervision of Emefiele as CBN Governor.

The forum also decried the continuous drop in the value of the naira occasioned by the many unproductive moves by the CBN to devalue the Dollar, hence it is even safer to keep or save the dollar against the naira.

It expressed concern at the SME’s and MSME’s as the major drivers of the economy do not believe in saving funds with the banks dues to reasons mentioned, stressing that how then would Nigerians find the monies in the vaults of the banks?

The spokesman believed that after the many failed policies of the CBN under the watch of it’s Governor Emefiele to improve the economy and make the naira appreciate or even maintained at the amount, the CBN Governor inherited (210/$) or a little higher would have made Nigerians trust or believe him than the redesigning of the currency.

He observed that the United States in 1996 redesigned it’s $100 bill to feature new reprographic advanced technology in order to cub mainly counterfeiting, but never recalled it’s currency around the globe already in circulation and has never done that.

“These also questions why our 1000, 500 and 200 bills would cease to be legal tender by 31st of January 2023 such a very short time not up to 90 days. This is not an economic strategy but a political move that must not be allowed to succeed because it is an affront on our people who largely are farmers, business men and women and feel safer to keep and safe their monies at home. We also see this as a way to further impoverish our region and crash the little businesses developing in the north,” the forum explained.

Comrade Abdulsalam noted that the unileterral move without inputs from the Finance Minister and other relevant stakeholders by the Governor would further see to the depreciation of the naira as the demand for Dollar would increase as explained in elementary economics, adding that it is already seen and witnessed as the USD is over 900 naira and would keep soaring due to the demand and timeline issued by CBN.

As it stands now, he lamented that Nigeria is borrowing to fund its budgets and equally borrowing to services the bugus debts, pointing out that it is in the public space how expensive it is to print currencies and why should Nigeria expend so much in the redesigning and printing of these currency when it ain’t financially buoyant enough to do so?

He believed that the immediate sacking of Mr Godwin Emefele and his entire team for failing Nigerians haven been the longest serving governor in recent time.

The forum also believed in the prosecution of those behind what it called “the devilish and wicked agenda”.

The spokesman explained that failure to meet up with the demands within the next seven (7) working days would lead to a massive protest across our region and the federal capital Territory.

Flooding: Why I danced in church despite Bayelsans’ suffering – Gov Diri