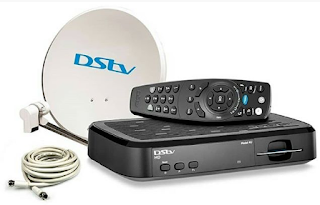 The House of Representatives has resolved to set up an ad-hoc committee to interface with Mutichoice Digital Satellite Television (DSTV) and other service providers to introduce the Pay as You Go Tariff (PAYG) plan.

The lawmakers made the resolution on Tuesday while adopting a motion by Unyime Idem (Akwa-Ibom, PDP)

Mr Idem said he was worried that DSTV and other Direct-To-Home Service Providers have deliberately refused to implement the Pay As You Go Tariff Plan but rather charge users on a fixed monthly tariff plan, unlike what is obtainable outside Nigeria

MultiChoice has in the past said it could not introduce a pay-as-you-view system because it was not viable.

“The issue of not introducing pay as you view remains. Nothing will change it.

“We are not going to do it. Our contract with our suppliers are month to month basis. The channels do not belong to Multichoice,” the Chief Customer Officer of Multichoice, Martin Mabutho, said in an interview with the News Agency of Nigeria (NAN) last year.