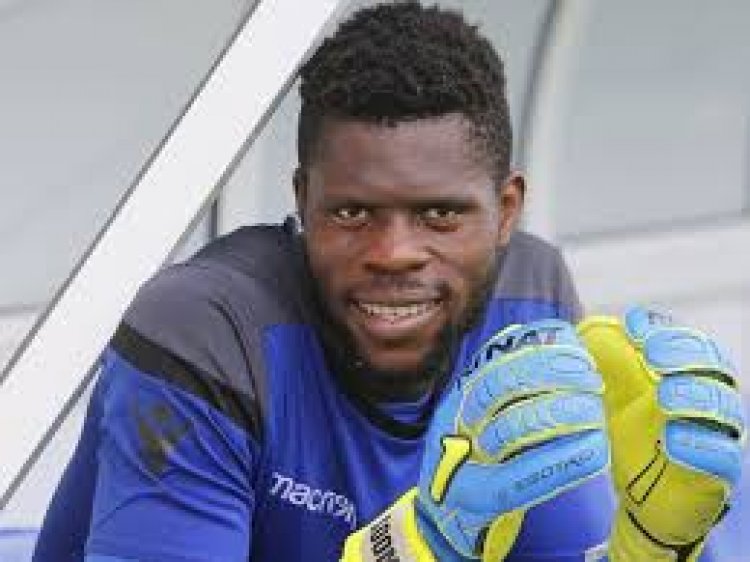 Nigerian fans have backed Omonia Nicosia goalkeeper, Francis Uzoho, to reclaim the No.1 position in the Super Eagles following his sterling performance for the team in their goalless draw against the Black Stars in Friday’s Qatar 2022 World Cup play-off at the Baba Yara Stadium, Kumasi, PUNCH Sports Extra reports.

Uzoho was named in goal for the game after first choice Maduka Okoye withdrew due to illness and he repaid coach Austin Eguavoen’s faith in him by making crucial saves that earned him the man-of-the-match award.

The 22-year-old twice denied Ghana debutant Felix Afena-Gyan in the opening minutes of the game before thwarting lively duo Abdul Fatawu Issahaku with a stunning save in the 33rd minute.

His performance has seen Nigerians reignite the conversations of who they believe should be the Eagles’ number one.

Football pundit, Biola Kazeem said, “Uzoho had a really good game. Didn’t show any nerves, commanded his line really well, made a few good saves and even tried to build up from the back. If we go through on Tuesday and he does well, he’ll be in with a shout to be No. 1.

Mimi Fawaz also added, “For me, I think Francis Uzoho did a good. He was confident, calm and gave the reassurance in goal for Nigeria during some moments in the match that could have been tricky.”

@Buchi_Laba wrote, “Uzoho has always been a better goalkeeper than Maduka Okoye. It is the hype that makes Okoye always start ahead of him. He has never shown he’s better.

Femi Adebanjo believes Uzoho is better than Okoye, “Uzoho deserves to be the Eagles’ first choice going forward. He has always been a good goalie than Okoye.”

Fredrick Adams also added, “Nigeria was lucky to have picked Uzoho in goal. They would have lost to Ghana without a doubt if not for Uzoho’s brilliance. He remains Eagles’ best goalkeeper and should be our first choice.”

Corps member slumps and dies while watching football match at orientation camp in...