Skip to content
The Toffees forward has hit the ground running in Tokyo, with a treble recorded in his country’s opening game against Germany
Everton winger Richarlison has made history at Tokyo 2020, with the Brazil international becoming the first Premier League player to hit a hat-trick at the Olympic Games.
The Toffees forward has burst out of the blocks with an impressive treble against Germany.
Richarlison has etched his name into the record books as a result, with the 24-year-old achieving what no other English top-flight star has managed before him. 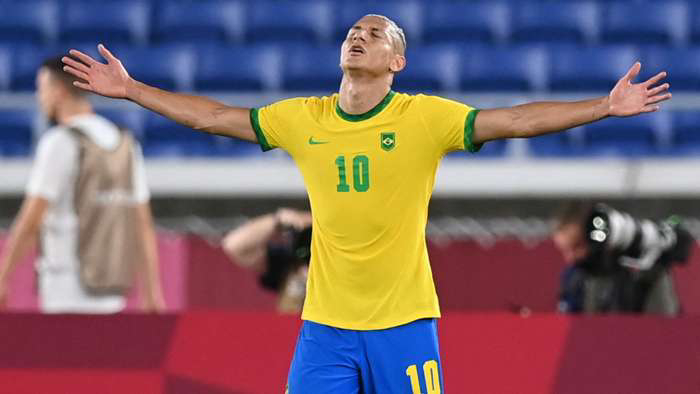